It’s behind you! Pictures from Building’s first ever pantomime

There were laughs aplenty and performances of the highest quality from the cast of industry celebrities taking part in Building’s inaugural pantomime just before Christmas. An expectant audience were richly entertained and they all helped to raise a magnificent sum for a very good cause. 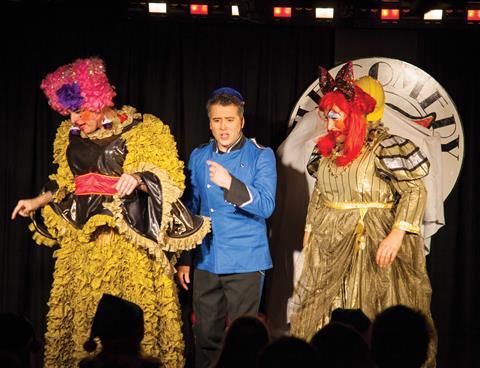 Buttons, played by Mark Day, has an idea to help Cinderella go to the ball

It’s bad form to boast about our own Christmas pantomime, surely? “Oh no it isn’t!”

Building held its inaugural panto on the eve of Christmas Eve in front of an industry audience of more than 250 people at The Comedy Store in central London. This special occasion was held in aid of the The Haven House, a hospice dedicated to looking after very sick children and babies. 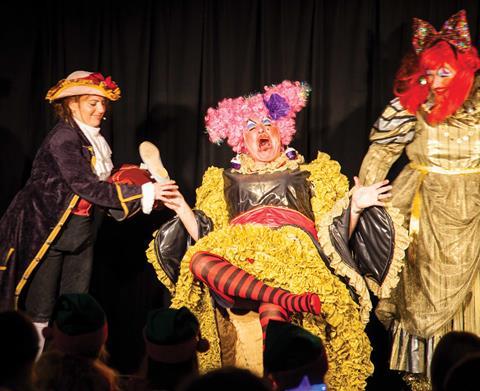 The two ugly sisters, played by Andrew Carpenter and Mark Wakeford, don’t have much luck trying on the slipper presented by Rachel Wootliff as Dandini 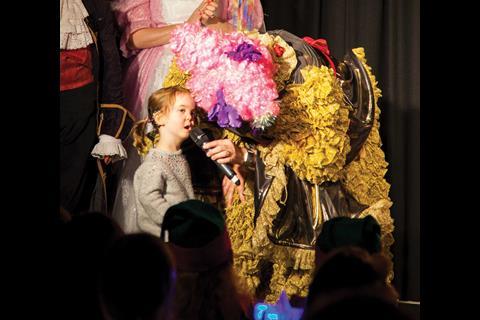 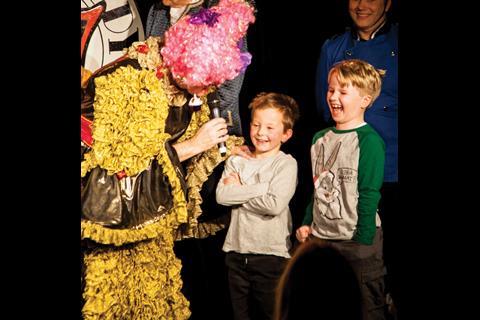 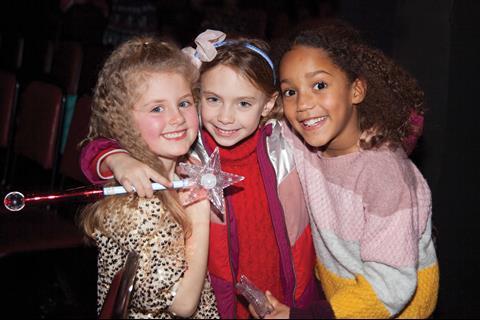 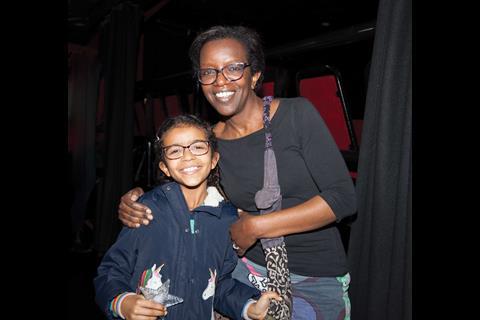 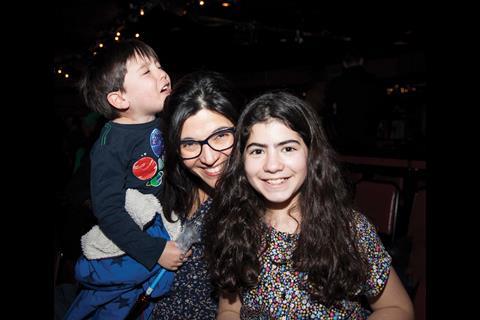 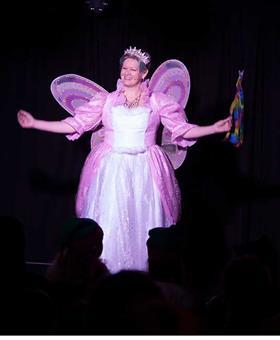 The Fairy Godmother, played by Liz Male, reveals herself to Cinderella and helps her go to the ball with a wave of her magic wand

Building’s potted version of Cinderella was produced and directed by Andrew Carpenter, chief executive of the Structural Timber Association, who played an ugly sister alongside Mark Wakeford, chief executive of contractor Stepnell Group. Liz Male, an industry PR consultant and non-executive director, kicked off and oversaw proceedings as the amazing Fairy Godmother. Cinderella was wonderfully played by Willmott Dixon Interior’s head of social value Anna Koukoullis, who brought the house down with an operatic song – she was vocally trained at the Royal Welsh College of Music and Drama.

Alinea’s Mark Day kept the audience gripped with dad jokes as the embattled butler Buttons, while Gleeds’ Sara Lawrence put in a fantastic performance as the Prince and Willmott Dixon Interior’s sustainability manager Rachel Wootliff displayed her talent for comedy acting as Dandini. However, it was industry veteran Rudi Klein who really stole the show in the perfectly cast comedy role of Baron Hardup. 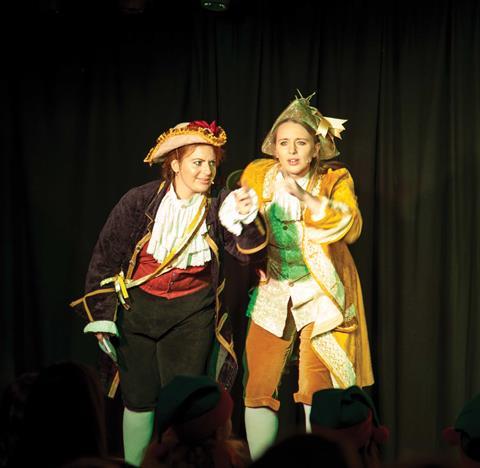 Dandini (on the left), played by Rachel Wootliff, and the Prince (Sara Lawrence) go in search of a suitable partner for the two of them 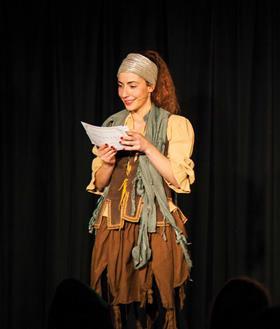 Cinderella (Anna Koukoullis) recieves her invitation to the ball

Before the show began the audience was entertained by a children’s elf choir and band. Building has raised almost £30,000 for The Haven House in 2019 and the show was part of a wider partnership with the charity and Building’s parent company Assemble Media Group. 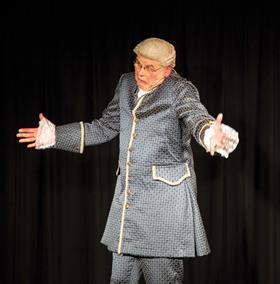 Baron Hardup, played by Rudi Klein, is not sure how to deal with the ugly sisters’ treatment of his daughter, Cinderella

Tom Broughton, managing director of Assemble Media Group, described the cast as inspirational: “We had a truly wonderful day and our cast of industry celebrities were simply brilliant. I’d like to thank everyone involved and especially the cast and our sponsors, who worked tirelessly to be part of it and learn their lines through the dark winter months. To have such a great time and raise money for such a deserving cause capped off an amazing year for us.”

The event was sponsored by contractor Lily Green, Tamed Media and MRC Print and with special thanks to the production company H2 and The Comedy Store for supporting the event.