‘Recessions, pandemics and downturns are when good businesses step up’

As Jim Hendley, the chairman of Henry Riley hangs up his boots, we talk to the man about his 38-year career, what he’ll be remembered for and what he plans to do next

Ask anyone in the business about Jim Hendley, who is retiring from Henry Riley after an illustrious three-decade career, and chances are they’ll probably say he is calm, friendly, helpful - and sociable. “He’s well known for his positivity and enthusiasm for all things Henry Riley,” says Steve Wheatley, executive director at Riley’s. “And his genuine pleasure whenever we won a new commission or secured a new client.” 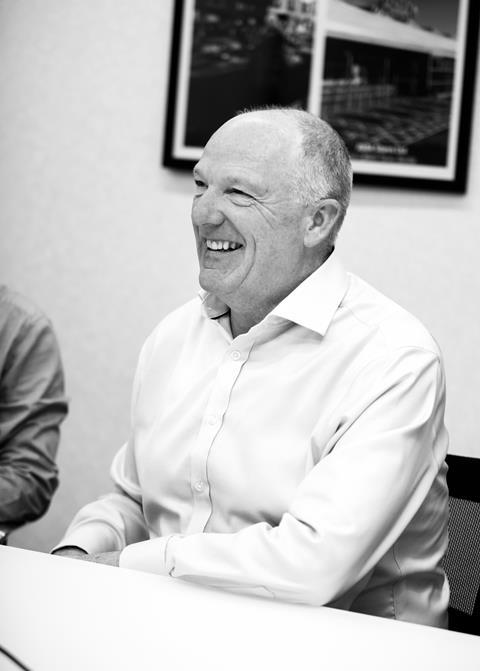 It’s obvious Hendley is very much a people person and is enthusiastic about developing his teams and empowering them to flourish and grow. He says: “You can never achieve anything without good people around you. I’m pleased with all of the opportunities we’ve created as a business. It’s always really satisfying to see people thrive, develop and come up through the business.”

It’s no wonder Henry Riley has been the recipient of the Gold Standard in Investors in People since 2016.

Clients are enthusiastic about his people skills too and his cool head in a crisis. Santhosh Gowda, chairman of Strawberry Star Group, who has worked with Riley’s on various commercial and residential schemes, said he would miss Hendley’s “steady head and infectious energy”, while Damian Flood, chief executive at Cole Waterhouse says: “Jim is someone who is generous with his time, and truly sees the value and importance of working on a business relationship beyond any individual project.”

So where did it all begin? After a year of work experience at Henry Riley and Son, as part of his QS degree from Kingston University, Hendley’s Henry Riley career began in earnest in 1984 when he joined the firm as a graduate. From there the rise up the ranks was rapid. He obtained his RICS qualification two years later, “a proud day” and then became an associate at the firm, running projects for one of Henry Riley’s long-standing customers. By 1991, at the age of 29, he was made partner, the youngest partner at that time. Building Magazine even wrote an article about Hendley as part of in the 1992 Rising Stars feature.

Asked if he has any memories of those early days Hendley says: “The work was labour intensive, and everything needed checking two or three times. I remember the days spent folding away blueprint drawings that smelt of ammonia. They were terrible! Now everything is computerised, and we’ve seen the advent of BIM which has been a game changer.”

As partner, Hendley pushed for Henry Riley to expand its customer base from its traditional retail routes to include residential, health, commercial, education, industrial & logistics, transport & infrastructure and leisure.

“I was a crusader in getting the business to diversify,” says Hendley. Something that Steve Wheatley has described as one of Hendley’s greatest achievements. “Having the foresight and drive to make sure that Henry Riley broke its reliance on retail, put the business in the strong position it’s in today.”

David Needham, chief executive at Henry Riley agrees. “Moving the market’s perception of Riley’s to the broad sector-based business we have today has been no mean feat and is a legacy that Jim should be very proud of.”

Incredibly, Hendley was also responsible for the establishment of the company’s first marketing department. “I introduced the importance of company brochures and merchandise,” says Hendley. “The marketing and business development team is now one of the key drivers of the business to raise our profile and enable us to pitch for new clients in different sectors.” He also created and developed a client management system within the business. “It enables us to maintain and develop excellent levels of client service, as well as helping us to cross sell our services to existing clients too.”

Hendley became managing partner in 2012 “a very difficult time for businesses as we entered a double dip recession that year,” and has handled the overall development of the business including developing and growing the range of group services and increasing the client base. “It’s important to get exposure for the business and show how good we are at doing other things,” says Hendley. As such, he and his team regularly attend events and conferences, including BCO (British Council for Offices) and Revo (formerly BCSC). “And it’s been great to be able to raise our profile in the industry at events such as MIPIM.”

He became chairman in March 2021; a role that was created especially for him.

Last holiday: Antigua with all the family

Favourite book: “The last book I read was Alex: The Man Behind the Legend about Manchester United boss Alex Ferguson.”

Hobbies: Golf, the local rugby club and gardening. “There’s something quite relaxing about mowing the lawn.”

Of course, over a 30-odd year career there have been some stand out projects. One that sticks in the mind as one of the most challenging was the Grade I listed Royal Exchange in the City of London. The building, which was opened by Queen Victoria in 1844, was occupied by the London Financial Futures Exchange (LIFFE) in the 1990s, and as construction work went on around them, they continued to trade.

“We took the roof off, added two storeys to the building and pretty much dug out the basement by hand,” says Hendley. “And we had to build a temporary ‘crash deck’ over the trading floor to protect the staff in case anything fell from the ceiling.”

As part of the project, stonemasons from all over the country were appointed to carve the capitals on the new columns around the courtyard. Plus, special care was taken with the famous gold grasshopper, which forms part of the Gresham family crest that sits on top of the building. Financier Sir Thomas Gresham founded the Royal Exchange in 1565. “The gold grasshopper was carefully removed and replaced with a replica,” says Hendley. So where’s the original now? “Safely in a bank vault somewhere!” 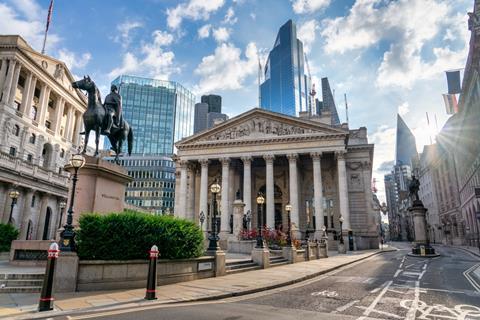 The Royal Exchange in London

For every business, in every sector the last two years of lockdowns have been a challenge. But for Hendley and everyone at Henry Riley, it has been business as usual. “We went into lockdown and the next day we were all working from home,” says Hendley. “We literally contacted all our clients and said: ‘We’re still here to support you.’”

While projects in the leisure and aviation sector came to a standstill, other clients in the residential, logistics and retails sectors kept trading. What was particularly satisfying for Hendley was that every system that had been put in place came into its own. “Our disaster recovery system was put into action. Our finance and IT systems were fantastic. And our quality management system, which controls the type of information sent out and keeps the quality high, was especially important when we were all working remotely.”

So, have there been long-term changes to the way Hendley and his team now work? “Absolutely,” he says. “Hybrid working is here to stay, so that’s typically three days in the office and two at home. And all offices are flexible working spaces, so staff can work from any office, anywhere.”

The next steps for Henry Riley

The way in which staff work hasn’t been the only change Hendley has witnessed during his long career.

“Sectors, services and skillsets have all evolved,” says Hendley. “Riley’s has evolved from QS to employer’s agent, project management and in more recent years to health and safety services. The business will continue to diversify under David’s leadership and I wish him and the team every success in the future.”

Hendley has also overseen the commitment to recruiting a broader range of people into the business. There’s now an in-house recruiter, and Henry Riley appointed its first female executive director, Emma Sellick, in 2017. “Appointing Emma was a great step forward for the business and will hopefully encourage others to follow in her footsteps,” says Hendley.

Getting young people into the business from all walks of life, through various apprentice schemes and straight after A levels is something Hendley has always been committed to and wants to see continue.

“There’s always more work to be done to attract younger generations and let them see that this is a great career and provides good opportunities for the future,” says Hendley. “I never anticipated getting to where I have when I joined. Listen, I’m a local lad who joined the company as a young guy and ended up running the business!”

So, what is Hendley’s legacy? “Any leader hopes to leave the business in a better state than when they took over and that certainly is the case with Jim,” says David Needham. “Congratulations my friend on a job well done.”

“There’s a record turnover this year, so I’m going out on a high,” adds Hendley. And what’s next? “I’ll be doing some consultancy work. So they won’t get rid of me completely. But I’m also looking forward to spending a bit more time down the local rugby club.”