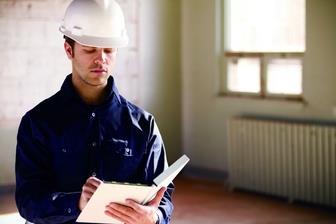 Achieving a low-energy, low-carbon building needs good design but it is vital to translate that into good construction practice and effective management and operation. That is why Part L addresses energy efficiency issues across the spectrum, from design through to implementation and handover.

A key feature of the new Part L, proposals for which are nearing the end of consultation, is a drive to close the gap between the performance anticipated at design stage and what is actually achieved. There are a number of issues that impact on this performance gap:

Does what is specified conform to the standards in the Approved Document?

This is about improving levels of compliance. An important element of the proposals is to require a design stage target emission rate (TER)/ building emission rate (BER) submission to the building control body (BCB) at deposit of plans.

This should be accompanied by a specification that gives the claimed levels of performance. This will facilitate checking as it is easier to see that insulation of a given type and thickness has been installed than it is to check that the completed wall has a U-value of, say, 0.25W/m2K.

The compliance software will also highlight elements of the design that are principally responsible for delivering the claimed performance. That will allow BCB inspections to focus on the main elements and to confirm that these have been specified and installed appropriately.

Is what is specified actually constructed?

This should be highlighted by any difference between the design stage and the as-constructed BER submission. The Building Regs place a responsibility on the person carrying out the work to confirm that the building has been constructed according to the specifications that accompany the submission.

If an accredited energy assessor is used to provide the TER/BER calculations, they have a responsibility to ensure that the product performance entered into SAP or SBEM is consistent with the specification, ie that the U-value etc has been correctly calculated.

Does what is constructed deliver the intended performance?

This step is about confirming that the design intent is realised. Pressure testing is a big part of this, and results indicate that such testing has helped substantially to improve airtightness of dwellings.

The proposals increase the minimum number of dwellings that should be tested per development, and state that untested dwellings should use an air permeability of 2.0m3/h/m2 at 50Pa greater than the average achieved in tested dwellings of the same type. Builders therefore have the option to increase testing so they can use the measured air permeability in their dwelling emission rating (DER) calculation, or compensate for the increased permeability by additional energy efficiency measures elsewhere.

Another increasingly important aspect of thermal performance is thermal bridging. Minimising thermal bridging is achieved by good details that retain the integrity of the insulation layer through the junction. A revised and enhanced system of accredited construction details is proposed, whereby specific proprietary details are accredited based on expert assessment of both calculated performance and buildability.

It is also proposed that the web-based system(s) hosting the catalogues of details will be able to communicate with the compliance calculation tools so that the performance of the selected details can be passed automatically into the TER/BER calculation, achieving a robust audit trail.

On the building services side, appropriate and effective commissioning is critical to achieving intended performance. The proposals give this further emphasis by recommending that a commissioning plan be provided to the BCB along with the deposit of plans. In this way, the design and construct team will be required to think about the commissioning process as part of the design development.

Do the calculations capture all the real world energy flows?

This issue is about improving the building science that underpins the energy efficiency regulations. A significant update to the underpinning building science in the 2010 Part L is recognition that cavity party walls do not have zero heat loss if there is air movement within the cavity.

Without appropriate treatment, a cavity party wall can have a U-value of 0.5W/m2K or more. Such values will have a big impact on the energy performance of those dwelling forms that incorporate party walls, as can be seen when they are compared with external wall U-values that are typically 0.25-0.30 W/m2K.

The new draft Approved Document offers guidance on alternative treatments (edge sealing or full-fill) that can reduce the U-value of the party wall. It further explains that the non-zero heat-loss party wall is a particular case of the more general thermal bypass problem caused by the insulation and air barrier layers not being in contact, with the gap between them subject to air movement.

An important part of the proposals is a supporting programme of dissemination and training. The strategy is explained in detail in the consultation documents, and is considered in three phases – during consultation, post-consultation roll-out and the longer term. This programme will need to involve a wide range of stakeholders, including designers, builders, material providers, building control, the education sector and organisations responsible for promoting energy efficiency.

The government has also established a legally binding target of reducing emissions by 80% by 2050, and this will require substantial improvements in the performance of existing buildings.

The Part L 2010 consultation must therefore be seen in this wider context, but here is a brief overview of the key proposals.

1 Part L 2010 should deliver a 25% reduction in CO2 emissions from new buildings relative to the standards set in the 2006 Part L.

2 For non-domestic buildings, it is proposed that the 25% improvement will be achieved in aggregate terms, with some buildings being required to achieve a greater improvement, others less. This recognises that some building types can save carbon more cost-effectively than others.

The standards have been set such that all building types achieve their targeted improvement at similar levels of cost-effectiveness. For dwellings, the preferred approach is a straight 25% improvement on the 2006 standard, though the consultation seeks views on whether an aggregate approach should also be adopted for dwellings.

3 An important element of the proposals is to improve levels of compliance with Part L. This is addressed in two ways –

a By providing building control with better information at an earlier stage, so that checking for compliance is facilitated. The main example here is a requirement for a design-based submission, including a TER/BER calculation coupled with a specification of the various building elements.

4 It is proposed that limits on design flexibility will be retained and supported by the much-expanded building services compliance guides.

5 A new approach to limiting solar gains in non-domestic buildings is proposed. This sets a limit on the solar gain per unit area of facade, and applies both to naturally ventilated and air-conditioned spaces. This will not prevent highly glazed facades, but where they are proposed it will require that good solar protection is provided.

1 The exemptions from the energy efficiency requirements should be removed. Guidance is provided on what is reasonable in each particular building type to which the current exemptions apply.

2 The consultation seeks views on whether to remove the current exemption for conservatories from Part L. As part of this, a formal definition of what constitutes a conservatory is proposed, the main feature of which is adequate thermal separation from the attached building. Elemental standards for glazed and opaque elements are proposed, along with the need for secure ventilation openings to help to maintain thermal comfort in summer.

3 The performance standards for the various building elements and services equipment have been raised where this is deemed appropriate. The biggest change is in the standard for replacement windows. For most domestic replacements, the standard is now expressed as a “window energy rating” rather than a U-value, with the standard being raised by two grading bands (from E to C).

4 The definition of “renovation” has been revised to make clearer those circumstances when thermal improvements should be made to walls, roofs and floors as part of refurbishment work.
The consultation on the proposed changes to Part L closes on September 17. The consultation package can be downloaded from the CLG website. Take the opportunity to read the proposals and provide feedback on how they could be improved.

Details of the all the proposed changes to Parts L and F, and the full consultation package can be downloaded from the CLG website at www.communities.gov.uk/publications/planningandbuilding/partlf2010consultation

Steve Irving is a regional director at AECOM and a member of the team that provided technical advice to CLG on the Part L 2010 amendment proposals.