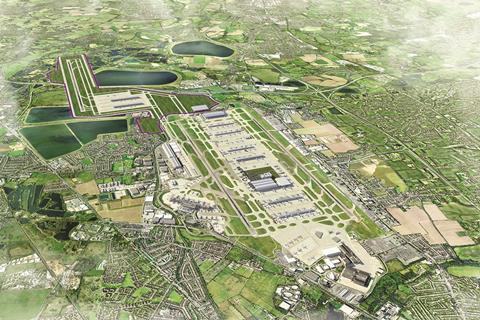 2016 is set to be the year that several long-delayed projects finally complete, and others will hopefully get off the ground. Building’s look at some of the highlights to come in the year ahead continues with the Heathrow’s third runway.

Will it or won’t it? The interminable wrangling over whether Heathrow will get its third runway and the wider question of how to expand the South-east’s critically constrained aviation capacity is one of the most ludicrously long-running farces in recent British political history. Last year was supposed to be the final watershed: The Davies Commission, the body controversially established by the government in 2012 with the promise of finding a definitive answer to the vexed issue, did just that last June when it opted unequivocally for Heathrow. But, balking at the political toxicity of the choice, the government rediscovered its cold feet and delayed the decision yet again, pending a spuriously convened additional “environmental review”. This new review might or might not report its findings this June, doubtless aware that it could once again be promptly ignored anyway. Regardless of where you stand on the question of Heathrow/aviation expansion, the government’s handling of potentially one of the biggest infrastructure undertakings of a generation has been a shambolic national embarrassment. The chancellor can wax lyrical about his new infrastructure commission as much as he likes. But if the political will to enforce strategic decisions and promote national interest does not exist, then it will not be worth the paper the Davies Report was written on.