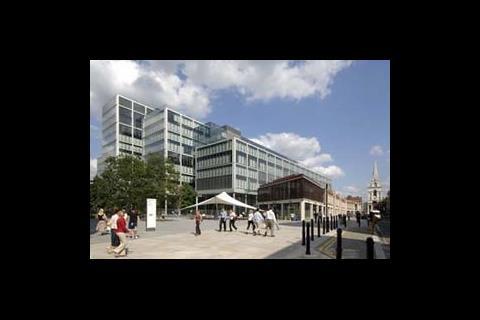 The Bishops Square development provides a workspace for 4000 Allen & Ovary lawyers, as well as shops, cafes, restaurants, residential space and a public piazza 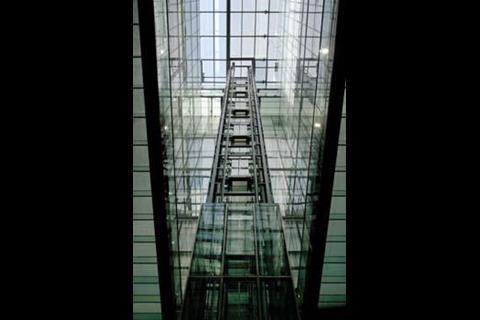 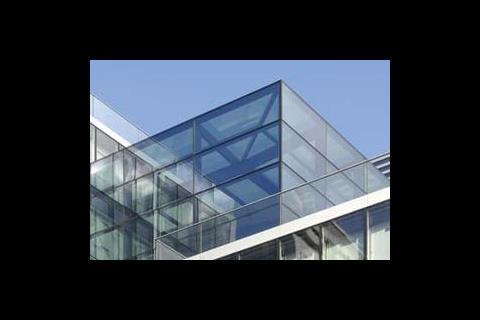 The sharp lines of Foster’s latest office building not only represent the expansion of the City, they also support one of Europe’s largest photovoltaic installations.

There’s a marked absence of curves on the latest Foster and Partners’ office block to grace the capital. In sharp contrast to the curvaceous Swiss Re Tower and London’s City Hall, the Bishops Square development is a crisp series of four narrow elongated blocks. Situated on the eastern edge of the City, it boasts seamless, flush vertical facades and a flat roof bearing one of the largest office-based photovoltaic installations in Europe.

Bishops Square has been a long time coming. A patience-testing 19 years in fact, due to the protracted dispute over the historic Spitalfields market – half of which has been swallowed up in the redevelopment. The scheme incorporates 70,000 m2 of office space, arranged across four parallel 18 m-wide floor plates linked by a series of narrow atriums. This was one of the first big projects to comply with the 2002 Part L requirements and has been awarded a ‘very good’ BREEAM rating.

The four main slab blocks are triple glazed on their east, south and west facades using a double glazed outer skin and a single glazed inner leaf sandwiching a ventilated cavity. Coming up with the optimum envelope design took a great deal of time, according to Kate Millen, partner at M&E consultants Hoare Lee.

Solar gains were less of an issue, given the depth of the floor plates, but the challenge was to provide enough control to the perimeter zones without over-insulating the building, which has a year-round cooling load. Cooling to the office floors takes place via four pipe fan coil units.

The photovoltaic installation sits on the roof of the tallest block and covers an area of 600 m2. This provides 80 kW at its peak output, enough to supply 1.5% of the building’s peak load, says Millen. The panels also provide a cost effective (the developers received a £180 000 grant from the Energy Saving Trust and DTI to cover 40% of the installation value) and attractive roof covering – an important consideration given that the building is overlooked by a number of surrounding high-rise offices.

Live data on the amount of energy being collected at any one time will be presented on an animated display outside the main entrance 11 floors below, demonstrating the benefits to passers-by as well as the 4000 workers who enter the building daily.