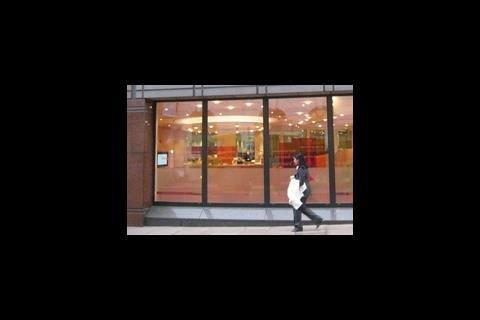 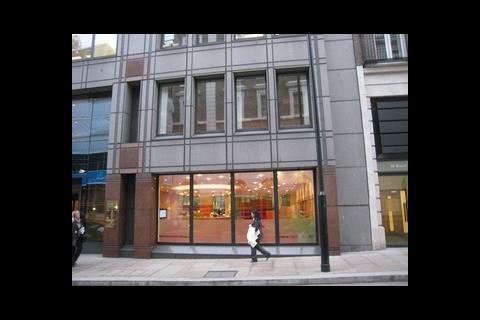 BSJonline offer the first practical run through of creating an EPC, from air-conditioning to air leakage, lighting to boilers and glazing. Power Efficiency guides Michael Willoughby around Swan House in the City of London

Non-domestic EPCs might help companies measure their building’s performance, but no one says they have to share the results. It took BSJ reporters weeks of badgering contacts before we managed to get anyone to talk us through the EPC process and find a client prepared to reveal their building’s rating. What follows, then, is the first EPC case study of Swan House in the City of London.

John Field and his firm, Power Efficiency (PE) have been at the heart of the EPC process from the very start. Field was directly involved in translating the European Energy Performance of Buildings Directive (EPBD) into national legislation for DCLG. Back in 2006 PE carried out an EPC pilot on Building and BSJ’s headquarters, Ludgate House. It got a G which proved to be remarkably accurate.

PE handles risk-managed energy procurement for over half of the managed offices in London as well as providing carbon management for many others. PE’s combination of experience and market reach made him a natural to handle EPCs for nervous clients.

It should come as no surprise, then, that the firm has already landed seven building portfolios of for him and his 20 dedicated EPC staff to wade through during the next few months until October and beyond.

Nor is it a shock that Swan House in the City of London was one of the first buildings to have its EPC lodged. The instruction to carry out an EPC for the building, owned by the London Chamber of Commerce, whose headquarters it is, and managed by Kings Sturge, came back in January. PE’s Phil Richards carried out the survey.

Although Swan House is under 5,000m² and not due to have an EPC until July, the client "wanted to get on with it," says Richards.

The window modules are 1.5m and the building contains three 10 person passenger lifts and one 800 kg goods lift. The building is powered by an 800 KVA sub-station.

Swan House in the City’s Queen Street measured up really quite well – "typical for a building of its age and type," Field qualifies - gaining 104 points. That nets it an E EPC grade. It had an emission rate of 75.3kgCO²/m² versus a Standard Emission Rate (SER) of 36.3 kg CO²/m². The D grade, 100 points or below, is sometimes possible for buildings of this type, but the C grade – below 75 – would only be achievable after an extensive energy efficiency refurbishment.

The building is equipped with full variable air volume (VAV) air conditioning. Field is torn as to whether he recommends using a VAV system in this country. He supports the view that it might be its American heritage might make it a bit ‘over the top’ for this country. However, he points to the published study of One Bridewell Street in Bristol as an example of a VAV building that uses less power than an many non-air conditioned building. He likes to see a fan coil system with fancy [flexible] mixed-mode controls’ and climate-following room temperature.

Without details of the cooling system’s Seasonal Efficiency Ratio, the team was forced to rely on a default reading of 2.5. These kind of defaults are a feature of much EPBD-regulation and are necessarily pessimistic, meaning it behoves clients who care about the result to spend more time and money investigating plant performance.

Upgrading the efficiency of Swan House to 3.125 would lose it four points, enough to gain it a D grading. Potential cost savings of £2,100 were estimated for the improvement by PE.

The building was let down by its lack of air duct and air handling plant leakage insulation. "People are always surprised that the fans use more energy than the chiller," Field says. In fact, preventing leakage around the AC circuit could save 5-10% of total energy usage. Carrying out these improvements could shed Swan House 12 EPC points.

This advice would not have come with the generic EPC recommendations. Instead, PE’s ‘premier’ service, offers more detailed information, focusing on the EPC points gains that could be realised if given improvements were made.

In fact, Field was upset that the EPC improvement measures report is called a "recommendation report’ because its comes without feasibility or cost effectiveness studies. He says the EPC recommendations are of ‘limited use." The original use of the term probably stems from the original EU directive, he adds.

Nevertheless, he chose to call his premier notes ‘recommendations’ as well so as to make more sense.

So Field is not prepared to say how cost-effective insulation would be, although he will admit that it is cheaper than a new cooler unit. Still, a £6,500 cost saving was estimated.

Swan House’s lighting is at 500 Lux. Improvements could be made to the lighting. Swan House used T5 lighting in most zones, although it had some T8 lamps as well. The team advised high efficiency T5 lights throughout.

The case was run again using T5 lighting and Halophosphate throughout and a gain of 1 point could be made to the EPC. "That makes it worth recommending to the client,” Richards says. High frequency ballasts were also recommended. A £500 per annum saving could be realised, PE reckons.

The air permeability of the building was not known and a default value of 10m³/hour/m² was entered into the iSBEM. Since then, PE has learnt that the default value is, in fact, 15m³/hour/m².

A test should be carried out according to PE. Should the test reveal that the air permeability is less than optimal, raising it to 5m³/hour/m² might entail sealing the glazing and wall joints. That’s another one point improvement and another £500 saving. It seems that (broadly speaking) each point on the EPC saves buildings around £500 a year .

Upgrading the gas fired boiler – currently at 0.65 – to 0.84 would shave three points of the EPC score and save the London Chamber of Commerce £2,900 a year. Whether this would be included on a list of actual, cost-effectiveness-rated recommendations is a different matter. Field and Richards agree that it might be justified as part of an upgrade programme, but is unlikely to be cost-effective purely for the energy savings.

Confusingly, the EPC recommended upgrading the glazing even though it was already double glazed. This measure was removed manually by the company.

Installing system metering, with 90% of the energy used to be allocated to the various service systems and inclusion of targets and alarm values would save the building £1,500 and improve the EPC rating by three points.