The importance of social value in creating successful workplaces 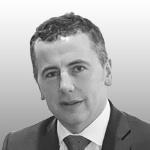 Office developments are now working harder than ever to connect and relate to their social context and surrounding communities. This often involves moving away from fortified commercial entrances, where a perimeter line clearly delineates inside from out. Instead our offices – in a range of subtle and bold ways – are becoming more civic in nature.

This shift may manifest itself through a bustling, publicly accessible reception space that blurs the line between private and communal areas. The same could be said for recent emphasis on the careful cultivation of the public realm around developments, which again mediates between open and closed spaces and plays a significant role in creating vibrant workplace neighbourhoods.

The BBC is also using its procurement process to root our buildings within their local context. We are in the process of delivering the new ID:SR Sheppard Robson-designed BBC Wales Broadcast Centre in Cardiff, which is a new national headquarters that will allow us to further champion Welsh programming. This will involve moving into the heart of Cardiff, which – as well as being an part of a wider plan to regenerate the neighbourhood – will give the BBC an opportunity to feel much more part of the city as well as being closer to our audiences, staff and partners. But how will the design, and the specification process, help us achieve this?

Working with ID:SR, we have recently announced the winners of a student competition to find Wales’s brightest design talent. The winning students – James Gould (University of South Wales) and Emily O’Reilly (Carmarthen School of Arts) – are now developing furniture and fabric designs for the new BBC Wales Broadcast Centre. These include fabric designs inspired by Dylan Thomas, carrying subtle references to the Welsh poet’s work, as well as modular pieces of furniture that is suited to the agile working culture of the BBC. The process is incredibly rewarding, and allows a narrative of sourcing and promoting Welsh talent to run throughout the building.

Another example of local sourcing for the interiors is the use of Melin Tregwynt Welsh wool within the BBC Wales Broadcast Centre. The raw material and the manufacturing process are both local. By using the wool, we are part of the area’s wider social and economic ambitions, helping reverse a trend for wool to be sourced from Australia and New Zealand, re-establishing Wales as a centre for wool production. This is an investment in the communities that will allow BBC Wales to thrive.

Working with local businesses makes it easier to have regular visits to suppliers’ workshops and studios. This increases dialogue and scrutiny over what is being specified, and also encourages more face-to-face communication. Often the result is a specification process that is not just transactional but also an iterative process where you have a clearer idea of what you are getting; better quality control; as well as the ability to fine-tune products so they are tailored to your requirements.

There is much to be said about forging local connections and appreciating the talents and qualities that are available around us. I am not advocating an insular approach, where borders constrain the quality we bring to complex developments, but rather striking a responsible balance between the procurement of local, national and international talent and manufacturing.

Alan Bainbridge is portfolio director at the BBC