In the year that saw the tallest building in Western Europe, the Shard, reach its full height of 310m, we thought we’d take a look back in our archive at another skyscraper that made its mark on London’s skyline.

Richard Seifert’s National Westminster or NatWest Tower became the tallest building in the UK when it topped out in 1977 at 183m and remained the tallest in the City of London until it was surpassed by the Heron Tower in 2009.

Building’s architectural correspondent Ike Ijeh says of the building: “Admirably, Tower 42 as it was renamed, is now one of the few in the London that offers public access to its summit. It also introduced the super-tall US-style commercial skyscraper into the UK and without it it is highly unlikely the City would have built the Gherkin or Heron Tower.

“Although now a modern City symbol, its impact on London’s skyline widened the chasm between the City’s historic fabric and its tall buildings, a gap that later developments and the sustained lack of co-ordinated high-rise planning policy have left us no closer to bridging.”

We dug out the feature that Building ran in 1977 on the project. It touches on some of the controversy around the tower: “The proposal to building Britain’s tallest solid structure in the context of the carefully controlled skyline of the City of London was bound to cause a good deal of argument. Ever since planning permission was granted to the then National Provincial Bank for an office tower in Old Broad Street, controversy has raged about the predicted visual impact of the building.

“Would it or would it not dominate St Paul’s when viewed from the river? Now that the building has been topped out we know that the answer is, not surprisingly, that it depends where you stand.”

Here’s how the published feature looked: 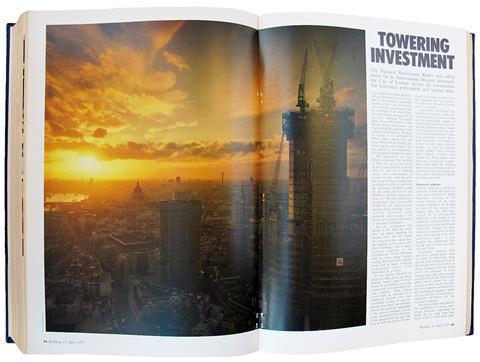 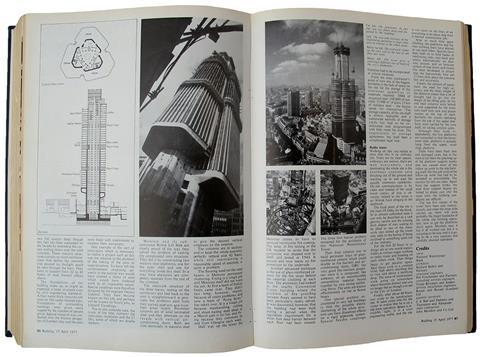 The complexities of delivering a project of this scale were noted in detail: “A project of this scale demands the use of the latest construction techniques in order to overcome the enormous problems posed by the decision to put 60,000m2 of floor space in the form of a 180m tower on a constricted and inaccessible 10,000m2 site.

“Almost every element of the building  - founations, concrete core, steelwork and services – involves some kind of innovation or advanced technique.”

There is also some sympathy for the workers: “The flooring used on the steel beams is Metecno permanent shuttering. Fixing is a rough job and Metecno itself did not want the job… now a team of ‘flying Scots’ has taken over. It is a rough job because manhandling, cutting and shoot-nailing steel sheet in a March gale is no fun, and flying because they commute to and from Glasgow each week.

“ … From the main contractor’s point of view one of the biggest problems is the lack of space on the site for the storage of the enormous quantities of materials required: 3,000t of structural steel, 100,000t of concrete, 12,000m2 of glass, 13 km of stainless steel – the figures speak for themselves. The storage capacity of the site is almost negligible and a nationwide network of storage yards has had to be coordinated and programmed with little room for error.”

“Walking on late you realise at once that this is no ordinary job. There are no clear spaces, walkways are narrow, there are men everywhere, and dominating the whole site is the enormous concrete core thrusting out of the ground and reaching up to and past the equally enormous cantilevers.”

The tower has since been criticised for this huge core, as Ike Ijeh says: “When finally complete, the tower’s problems continued. Its cantilevered construction required an enormous core, leading to a gross/net floor ratio of breathtaking inefficiency. Incredibly, the tower offers roughly the same amount of floorspace as the 25-storey 99 Bishopsgate next door.

“This rendered it incapable of accommodating the large trading floors required in the City before the 1986 Big Bang. Its famously constricted ceiling heights as well as the similarity of its floor-plan to the NatWest logo (always denied by Seifert) also attracted derision.”