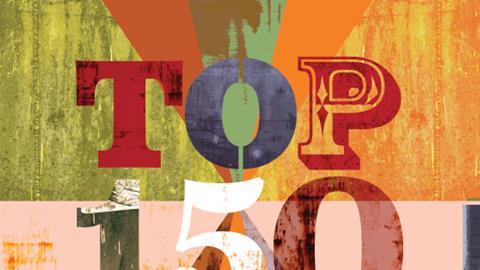 Looking at recent trading updates you’d be forgiven for thinking that the industry was on the road to recovery. But there’s a few big hurdles to jump over yet, and this will take some time. Martin Hewes’ annual league tables of the UK’s top contractors and housebuilders show exactly how far we have to go and who’s getting ahead

View the interactive tables to search, rank and sort the data - Click here

Rick Willmott is worried. The group chief executive of Willmott Dixon thinks too many firms, particularly those that are listed, are overplaying how healthy the industry is right now.

A flurry of trading updates put out by the majors in the past few weeks have been littered with upbeat-sounding messages.

Businesses are “performing well”, operating margins “continue to increase” and firms are “on track to make further progress”. All this, remember, against the backdrop of one of the deepest - and longest - recessions many can recall. But, still, to borrow one of the phrases that crops up repeatedly in the updates, the message is: “things are progressing well”.

Willmott is not convinced. “The plcs are all talking it up,” he says. “You just need to look at the raw figures, it’s complete baloney. Are they talking it up to shore up their share prices? The last thing I want is the government to get the wrong impression about the industry. I want the government to be thinking it’s got a real issue with 10% of the economy and needs to do something.”

Citing industry economics data services such as Barbour ABI, he says that in the 12 months to May 2011 workloads across the industry fell 40%.

To support his point, Willmott could point to the turnovers of the major firms in the past year. Of those contractors in last year’s top 10 by turnover - including Balfour Beatty, Carillion, Laing O’Rourke, Morgan Sindall and Kier - only Balfour Beatty’s workload has climbed, and that by just 2%. Two years ago, in 2008, its revenue went up 27%.

Another person who is unconvinced by the mood of optimism is Tom Haughey, the chief executive of listed steelwork contractor Severfield-Rowen, whose turnover as recently as 2008 was close to £400m but is now £267m, a one-third drop.

“We’re OK, but the market’s not,” he says. “There are a few bright spots - London, power, the waste-to-energy market, industrial - but everything else is slack or in decline.” His firm’s statements on the recession have been less cheery than others’ - in May it said recovery was “distant” - and Haughey, a veteran of the recessions in the eighties and nineties, says this one is the worst. “In terms of duration, this one has been the hardest. When it does happen it’s not going to be a magnificent recovery, it will be gradual.”

Any recovery seems a while off. Earlier this month Noble Francis, economics director at the Construction Products Association, said: “Despite some positive signs, the overall prospects for the next few years are very poor,” and added: “It is vital that government fully grasps the implications of these forecasts.”

Tony Williams, who runs specialist advice firm Building Value, admits that last year he thought 2011 would signal the start of the recovery. But now: “We’ve deferred recovery by a couple of years. This is definitely the worst recession I’ve been in.”

He is more optimistic about private housebuilding, however, and housebuilders are feeling more chipper than at any other time since the hammerings they took in 2008 and 2009. “We’re encouraged by the improvement in market conditions we’ve seen since the start of 2011,” says Barratt chief executive Mark Clare. “Our strategy for recovery is progressing well.”

Kevin Cammack, an analyst with Cenkos Securities, agrees that the housebuilding sector is in a better state than it was a year ago although he points out housebuilders’ financial recovery is in part being driven by them replacing old, expensive land with new, cheaper plots.

But, echoing their continuing fears, he says any upturn could be choked off by ongoing mortgage availability problems and interest rate rises, which this month remained at a record low of 0.5%.
“Over the next five years, the banks’ lending patterns will not be as loose as the nineties and the noughties,” he says.

“But I think the biggest risk to recovery is interest rates. A quarter percent rise is not that much but it’s the sentiment - it says buying a house is a more expensive scenario.”

He calls the current climate for housebuilders and contractors a “one step forward, two steps back recovery.” He adds: “It’s volatile, it’s not predictable, it’s fragile.”

Graham Cash, the chief executive of Bam Construct UK, says he’s not sure if the market has stopped falling. “It’s a sort of corrugated bottom. I’ve felt quite positive recently but it can change quite quickly.”

He agrees with the forecasters and reckons another 18 months of pain is heading the industry’s way. That means more job losses - the June CIPS index said more jobs had been lost in the industry than in any month since January - and firms going to the wall. “I’m not a pessimist,” Cash says, “but it’s going to get tougher before it gets better.”
Most forecasters have identified 2013 as the year when things might start to turn around.

Economist Martin Hewes from Hewes & Associates, who compiled Building’s tables, says: “Why 2013? It’s just that market won’t be falling any more. The real severity of the public sector cuts is this year and next. The public sector is cutting back massively, the private sector has a lot of debt, real wages are falling because of inflation. There are some real headwinds there. I think we’ll get stability in 2013, possibly.”

For Willmott, 2013 has been pencilled in for historical reasons. “Everyone is sensing a hiatus now but usually a government starts spending again 18 months before a general election.” Assuming the coalition lasts the full five years, that would mean that by the last quarter of 2013 public sector spending would start to head north.

But some are expecting those economies battered in the same way as the UK’s to start showing growth more quickly (see box, page 37). Tony Williams at Building Value expects the US to turn quicker than the UK. “The government over there hasn’t cut back to the same degree as it has here.”

Things are certainly looking tough in the UK, but there’s no need to up sticks and relocate just yet. If a contractor or housebuilder can sit tight for just a couple more years, there could indeed be better times ahead. And this year’s tables show that some firms at least have got their survival strategy sussed and will make the distance.

The country’s biggest builder, or “international infrastructure group” as it likes to call itself, got bigger last year - albeit only fractionally.

Still, with a turnover double the next best, the firm is by some way the biggest contractor. And contracting is its main business with two-thirds of revenue coming from this area. No longer is there the ABC of contracting of a few years ago - Amec, Balfour Beatty, Carillion . It is now Balfour Beatty and the rest.

Its size has been fuelled in part by acquisitions and the firm has increasingly been looking across the Atlantic for further growth and has been quietly increasing its presence in the US.

Tony Williams at Building Value expects the much larger US economy to turn quicker than the UK - hence Balfour’s interest. Explaining why the firm has just splashed out £58m on West Coast contractor Howard S Wright last month, chief executive Ian Tyler says: “Northern California and the US Pacific Northwest [is] a significant growth market that is emerging from the downturn.”

Cenkos Securities analyst Kevin Cammack says that one reason that housebuilders’ fortunes have revived is because they have benefited from a host of previous government initiatives such as the £1bn Kickstart scheme, designed to get stalled housing schemes out of the ground during the grim months of the recession.

The coalition has followed suit - although with nothing like the money that the Labour administration earmarked back in spring 2009.

Persimmon was one of the beneficiaries of Kickstart and it has picked up £35m of funding from the new government under the £250m FirstBuy Scheme, announced by chancellor George Osborne in his March budget.

This is aimed at getting first-time buyers into the market and it’s something companies like Persimmon need to see happen if long-term prospects are not to be permanently affected. Any meaningful increase in industry output, the company says, will only “occur with a significant improvement in the currently constrained mortgage lending conditions”.

Persimmon says it has seen some “modest improvement” in mortgage lending but it knows that it cannot rely on the situation improving by much any time soon. So, the more than 2,000 homes it is building, at 290 of the 380 sites it is working on, will get support under the FirstBuy Scheme. It has also introduced a part exchange facility to get people buying its homes and onto the property ladder.

Chief executive Paul Sheffield is eschewing housebuilding to the point where he concedes Kier will no longer be involved in the market. “Ultimately that will happen. We are not pursuing a volume housebuilding model. It doesn’t feel right to be risking a lot of cash in buying land.”

Instead, the firm is concentrating on its contracting operations, eyeing up work overseas and big infrastructure jobs here such as Crossrail. “Our market is very broad. I’m feeling quite positive because we have a widespread level of capabilities.”

It is also awaiting the expected glut of contracts that will come up next year when local authorities outsource in-house functions in order to meet budget cuts. “We would expect work here to be coming in the second half of 2012,” he reckons.

What it will not be doing is chasing work in places like India or China. Kier has worked overseas for eight decades but of India and China, Sheffield says: “They need architects and other consultants but they don’t actually need Western contractors because they can do it themselves.”

One firm who is in India is Severfield-Rowen, which formed a joint venture with local firm JSW Steel back in November 2008, and chief executive Tom Haughey says it has picked up a slew of contracts across the country, from Mumbai up to Delhi and down to Bangalore. “The market in India is much more positive and there is big growth there.” But he warns anyone wanting to work there to link up with a local firm like JSW. “Without them, we’d still be at passport control.”