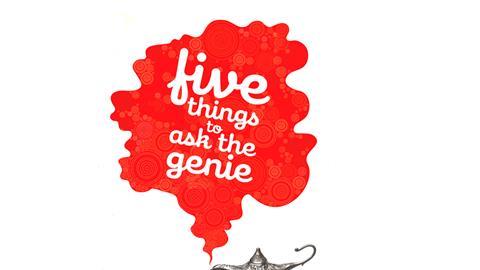 What could help specialist contractors out of the fix they’re in? Iain Withers applies a bit of elbow grease and works up a wishlist

After the more positive outlook over the summer, the turmoil in the European and global markets has dragged hopes in the construction industry right back down again. And few are suffering more than specialists, caught between intense competition for work, declining tender prices and soaring materials costs. Suzannah Nichol, chief executive of the National Specialist Contractors Council (NSCC), says: “Now we are back at a point where companies are just having to focus on staying afloat. And that is not easy at the moment. It’s all about focusing on keeping turnover steady and keeping people employed and things are not likely to get better any time soon.”

So specialists are facing more pain but there are measures, which if implemented, could ease the situation. Specialists have been clamouring for a helping hand for years now, so just how realistic is it that this time around their wishes will be granted? Here we consider five ways to help the sector and rate each one on how likely they are to become a reality. Then on pages 35, 37 and 39 we reveal at the most active specialist firms across nine disciplines in the UK between November 2010 and September 2011, courtesy of data provided by Barbour ABI.

The construction industry mantra “cashflow is king” is never truer than for specialists. The most common complaint for the industry’s specialists is that if they get paid at all, it’s too late. Even on public sector jobs, where the government has a 30-day payment period guarantee, nearly 70% of subcontractors report they are waiting longer than this for payment, according to a recent NSCC survey.

Another major gripe is the practice of holding back retentions - typically 5% of a job’s value - subject to certain conditions being met. The most recent estimate, by the Trade and Industry Committee in 2004, put the cost to the industry as a whole at £3.3bn. The NSCC launched a No Retention campaign in February in an attempt to kill off the practice, signing up high-profile clients including Crossrail and Stanhope. But Paul Harvey, finance director at fire protection subcontractor Sharpfibre, says retentions are a bigger problem than ever: “No one ever pays retentions unless you chase them. I’ve got a list of unpaid retentions as long as my arm. We have to write them down after seven years because we’re never going to get them back.” Specialists argue that shortening payment periods and stamping out retentions is key to the health of the sector.

With the economic outlook deteriorating, payment practices are likely to get worse. But on the plus side, the government does seem to be getting serious about bucking up its ideas. This autumn’s Construction Act amendments include outlawing payment abuses. And Cabinet minister Francis Maude also launched a service to allow supply chains to more easily report payment delays.

One phenomenon that has made an unwelcome return in this recession is the on-demand bond. Bonds themselves are not unusual - clients and contractors often ask subcontractors to take out bonds worth up to 10% of the contract value as collateral against a project going wrong. But most bonds are conditional on a breach of the underlying building contract by the subcontractor. On-demand bonds, as the name suggests, can be triggered by the employer whenever they want. Consequently, they carry a hefty risk premium and are expensive for subcontractors to obtain, tying up their often already stretched assets.

One subcontractor, who preferred not to be named, said: “More and more people are asking for bonds. Accepting an [on-demand] bond immediately puts your premiums up and restricts your ability to get out other bonds. We think there’s something not right in principle with the whole scheme.”

Subcontractors argue that clients and contractors have enough options at their disposal to ensure contract security without using on-demand bonds.

In the current market, specialists are most likely going to have to face consistent pressure to accept onerous terms

One innovation being trialled in the public sector is the use of project bank accounts. The payment method - which is being reviewed as part of the government’s Construction Strategy - involves paying the whole supply chain from a single ring-fenced project bank account.

On most projects subcontractors rely on payment passing down the chain from client to contractor to subcontractor. But under the project bank account system payment is direct - straight from the overall project kitty set up by the client. This system is already being used by 12 government clients, including Crossrail and Defence Estates, on £1.8bn worth of projects. Chief construction adviser Paul Morrell’s construction strategy says the government is looking at whether or not to extend its use.

Rudi Klein, chief executive of the Specialist Engineering Contractors’ Group, says the system should be made mandatory on all public sector projects. “Too many main contractors are using the supply chain as a bank by withholding payments. With project bank accounts, money won’t be going through main contractors’ bank accounts so payment times will radically improve.”

Industry sources suggest that the government is likely to decide to extend the use of project bank accounts by the end of the year. Some private sector clients already pay subcontractors directly.

Ever since last year’s Comprehensive Spending Review slashed capital expenditure by eyewatering amounts, everyone has been on the lookout for a private sector recovery. So far - at least outside London - this is yet to materialise. It’s no surprise, therefore, that industry voices are calling on the government to turn the taps back on. They claim the numbers add up: research by the UK Contractors Group in 2010 found that every £1 spent on construction output generates an additional £2.84 of total economic activity.

Even in the infrastructure sector, which the government has been at pains to say it is still supporting, the money is not assured and apparent good news is not necessarily cause for celebration. Paul Hodgson, business development director of groundworks specialist Bachy Soletanche, which thrives on large infrastructure projects, says last month’s announcement by David Cameron that two “new” power plants in Yorkshire would provide thousands of jobs was a disappointment. “We had already known about those power plants for years and we’re already involved or in bidding for them. There have been announcements but almost all of the schemes I see are already in the marketplace. I would like to see more new schemes rather than rehashed ones.”

Reports suggest the government will unveil plans to invest £50bn on infrastructure projects in the autumn financial statement on 29 November. The chancellor is said to be sourcing the funds from the private sector. But there are doubts about the government’s committment to making more funds available across the board. The reality is more, not fewer, cuts are likely to define the next few years.

George Osborne’s plan for “credit easing” was unveiled at the Conservative Party conference in September. The initiative involves lending billions of pounds to small and medium-sized businesses by buying company bonds. This would provide lending direct to businesses that have been refused finance or offered it on unpalatable terms.

Klein says it is too early to say whether the scheme will be successful as the detail is yet to be hammered out. But he says there are things the industry can do in the meantime to improve the banks’ understanding of the industry’s problems. “We have to get a lot closer to the banks and ask what it is we can do to help them to lend to us again.” And the National Federation of Builders and the Federation of Master Builders reserve judgment on the effectiveness of this move until more details emerge. The NSCC’ Nichol says: “Our members really need to see it happen to feel more positive.”