Bricklayers and plasterers hardest trades to come by, according to latest FMB state of trade survey 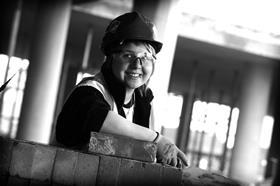 Skills shortages in the building industry threaten to hold back the economic recovery, according to the latest state of trade survey by the trade association for SME builders, the Federation of Master Builders (FMB).

More than a third of construction SMEs told the FMB they are struggling to recruit the bricklayers they need to stay on top of their workloads, while 27% of firms said they were having difficulty recruiting plasterers.

The net balance for overall workloads remained positive for the fifth consecutive quarter, rising by 9%, to +26 in April to June, the highest level recorded since late 2004.

The proportion of firms registering higher levels of activity edged up to 40% from 39% in the first quarter of the year with a ”significantly smaller” percentage of companies reporting a fall, down from 22% to 14%.

This trend is expected to continue over the next three months with the proportion of firms anticipating workloads to decline falling to just 11%, compared to 15% in the first quarter of 2014.

The strongest improvement was seen in the social RM&I sector.

Across the industry, the survey showed that employment levels improved for the second quarter in a row, returning to levels last seen in the third quarter of 2007. Just over a quarter (26%) of firms indicated an increase in their workforce, slightly up from the level of 24% recorded in Q1 2014.

Brian Berry, chief executive of the FMB, said: “The results act as a stark warning that the government must not take the recovery in the construction sector for granted.

“Although this snapshot of small construction firms marks the fifth consecutive quarter of positive results, if we don’t have enough of the right people to complete the work, private and public projects could be stalled across the board.

“Looking ahead, construction SMEs are still hugely concerned about the impact of the government’s apprenticeship funding reforms. If they are implemented as proposed, most micro-businesses, which currently train two-thirds of all construction apprentices, are likely to stop hiring apprentices altogether.

“182,000 new UK jobs are expected to be created in the construction by 2018 so this is not the same to jeopardise the ability of small firms to continue their proud history of training apprentices.