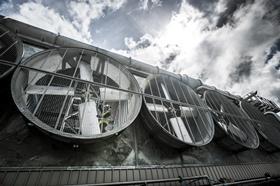 The rising price of labour and materials is set to drive up the cost of major infrastructure projects as the UK emerges from recession, research from the RICS has found.

According to new data published by the RICS’ Building Cost Information Service (BCIS), price rises are expected to outstrip costs over the next five years, with costs and tender prices rising by approximately 15% and 24% respectively.

The forecast data forms part of the RICS’ new Infrastructure Information Service, which includes five-year cost forecasts for a range of infrastructure projects, including road, rail, and water and sewerage.

Joe Martin, BCIS executive director at RICS, said: “Our five-yearly forecast sends a strong message to infrastructure procurers – as the UK emerges from recession, infrastructure costs are set to rise.

“During the downturn, margins came under considerable pressure. Now that demand is returning, civil engineering prices have returned to pre-recessionary levels.

“Price rises are expected to outstrip costs over the next five years and, while this may be seen as good news for contractors and suppliers, procurers will need to think very carefully about allocating responsibility for price inflation and methods of procurement.”

The RICS predicts that the recovery in new infrastructure will continue throughout the forecast period (Q4 2013 to Q4 2018), with strong growth anticipated on the back of a healthy pipeline of projects, particularly in the electricity and road subsectors.

The RICS said it expected overall civil engineering costs to rise by 2.1% over the first year of the forecast, mainly as a result of a subdued increase in materials costs.

But much sharper increases in costs are expected in the second half of the forecast period, on the back of higher inflation in wages and materials costs, with annual increases of between 3.5% and 4.0%.

The RICS said wage increases of 3.0% have already been agreed for workers in the civil engineering industry in 2014 and 2015, but agreements are expected to rise gradually over the remainder of the forecast period, rising by 4.0% in 2017 and 2018.

The RICS said price rises were expected to outstrip costs throughout the forecast period, with civil engineering tender prices having already risen to 12% above the pre-recession peak in Q1 2007.

“Drivers will come from increasing cost pressures and strong demand in the new infrastructure sector, backed up by the recovery in new work output as a whole,” the RICS said.