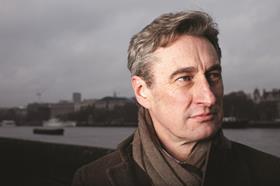 Willmott Dixon has become the latest contractor to launch an early payment scheme for its subcontractors.

Under the firm’s EarlyPay scheme Willmott Dixon’s “category A” subcontractors will be able to get paid up to two weeks early, with suppliers on 42 day terms able receive their payments after 28 days, while those on 30 day payment terms will be paid after just 21 days.

Although subcontractors will not be charged for signing up to the scheme, which will be run in conjunction with Lloyds Bank, they will pay 2% interest for the period between the new earlier payment date and their existing payment terms.

Willmott Dixon said it would progressively introduce the scheme from May following a trial with a number of suppliers who have tested it and have given feedback.

The firm said 650 subcontractors would be eligible for the voluntary scheme when it is rolled out.

Willmott Dixon Group chief executive Rick Willmott said: “It is absolutely in our interests that our supply chain partners are successful, remain liquid and are profitable.

“Healthy cashflow is an essential element of our industry’s ability to operate and we have deliberately created an early payment system that is both transparent and advantageous to our suppliers should they choose to opt in.

“If asked would Willmott Dixon sign up to a similar scheme with the same terms and conditions, it would be an unequivocal yes.”

Willmott Dixon is the latest in a line of contractors to start such an early payment scheme, including Carillion, Balfour Beatty and Kier.

Carillion’s early payment scheme, which required sub-contractors to accept payment terms of 120 days, came in for criticism after Building broke news of its roll out last year.

Suzannah Nichol, chief executive of the National Specialist Contractors Council, said at the time that payment terms of 120 days were “unacceptable both commercially and ethically”.