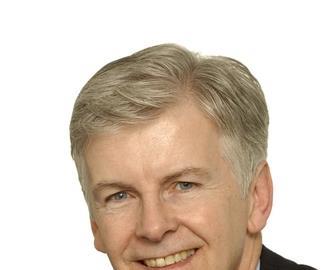 The UK has overtaken Denmark as the global leader in the number of wind farms built offshore, according to new minister of state for the Department of Energy and Climate Change, Mike O’Brien.

The minister made the announcement whilst visiting new wind farms off the coast of Skegness, and following the Prime Minister’s video address to the British Wind Energy Association’s conference this morning.

In his statement to the conference, the Prime Minister claimed that the UK now gets 3 gigawatts of electricity from wind power.

O’Brien said: “As the Prime Minister himself said this morning, we are now getting 3 gigawatts of our electricity capacity from wind power. That's enough to power more than 1.5 million homes. Offshore wind makes up 20% of that capacity and the wind farms I am visiting today are the ones that have made the UK the world's number one for offshore wind power, knocking Denmark off the top spot.

“Offshore wind is hugely important to help realise the Government's ambition to dramatically increase the amount of energy from renewable sources. Overtaking Denmark is just the start. There are already five more offshore wind farms under construction that will add a further 938 megawatts to our total by the end of next year. We are also assessing plans to increase the total by a massive 25 gigawatts in the future. That's enough electricity for every home in the country.”

Overtaking Denmark is just the start.There are more offshore wind farms under construction that will add a further 938 megawatts to our total by the end of next year.

Carbon Trust chief executive, Tom Delay, responded: “The UK has an amazing opportunity not just to lead the world but to be the dominant global player. Our research shows that by 2020 the UK market could represent almost half of the global market for offshore wind power. To make that happen it will be critical to improve the current economics of offshore wind power. By working with five major offshore players, the Carbon Trust is aiming to reduce costs, increase performance and improve the economic viability of offshore wind farms."

Last week the Carbon Trust published a report, Offshore wind power: big challenge, big opportunity, which called for a debate on where future offshore wind farms should be built.

The Carbon Trust claimed that allowing wind farms to be built closer to shore and in shallower waters, and coupled with other policy changes, would cut costs by up to 40% and help meet the UK’s target of generating 15% of its energy from renewable sources by 2020.