What is going on at structural steel specialist Panceltica? 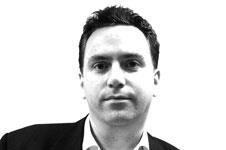 The Qatar-based company defied the downturn by floating on AIM in March and had been hailed in the City as one of the few success stories of 2008. The share placement was heavily over-subscribed.

The £86m-turnover group uses technology that means large-scale housing schemes around the Middle East and beyond can be snapped together like Mecano. It plans to roll out the system around the world under a franchise model.

It recently signed a £1.1bn deal with Saudi Arabia.

Last Thursday it pulled its shares from AIM pending an announcement; it won’t be good news.

How bad remains to be seen. The company, which is keeping tight-lipped on the move, has a handful of very big Middle East clients - as the Saudi deal shows. Problems with one client would mean problems for the share price.

So, is the Middle East dream souring for Panceltica? It is expected to enlighten us at some point this week.