BIM: Quit talking, what we need is action! 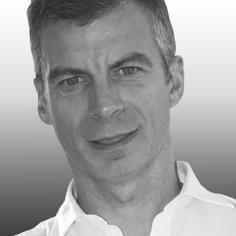 2013 saw a great deal of discussion around BIM, but with 2014 now under way I am left wondering what, if anything, have we really achieved in the past 12 months?

With less than two years to go to the government’s BIM level 2 deadline plus the requirements for PAS1192-2/3/4:13, and Government Soft Landings (GSL), I believe we remain no closer to achieving the 2016 goal than we were in 2012. Despite the existence of a number of BIM task groups and the completion of the Cookham Wood demonstration project, we have failed to take our discussions and turn them into concrete procedures and processes that can be understood and applied across the industry to establish one consistent approach. So what can we do to change the current status quo?

The issues surrounding PAS1192-2:13 are a perfect example of the problems we face as we head towards 2016. Here there is great uncertainty as to what the standard actually means in practice, in terms of outputs and implementation. In response, individual organisations are being forced to interpret the information that is available in their own way and this is resulting in an inconsistent approach.

Despite this lack of a cohesive approach, we are now also seeing an increasing number of public sector clients including questions about PAS1192 in their tenders, which in a worst case scenario could result in a number of projects supposedly being carried out under PAS1192, but varying greatly in terms of approach and deliverables. This would defeat the purpose of having a universal standard in the first place and also make it practically impossible to establish one cohesive methodology going forward.

These issues can only be successfully addressed by making 2014 a year of action. If we are to achieve the 2016 deadline all of us (the government and industry) must come together, to create and establish a clear set of best practice processes, procedures and outputs. To support this, those of us who sit on BIM task groups and committees etc have a real duty to keep driving this forward, championing and owning activities and making things happen.

Not only will this eradicate any inconsistency and confusion before it gets out of control, most importantly, it will provide the industry with 12 months’ worth of breathing space, which will be vital to ensure that we can hit the ground running come 2016.