BIM: The inside story three years on

Manchester council’s FM team were initially reluctant to use BIM in the operation of the city’s newly refurbished Central Library. But then they were shown how much time it could save, even on changing a lamp… Thomas Lane catches up with the team in part three of a series that follows a BIM project from start to finish 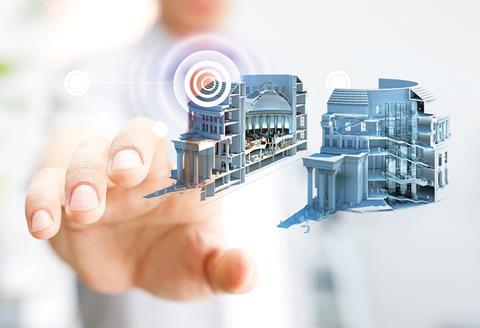 Last month Manchester got its Central Library back after a four-year closure for major refurbishment. Library users now enjoy much better facilities, including improved circulation, better IT facilities and a crisp modern interior to go with the fine original features of this grade II*-listed building. What its users might not appreciate is that this has been slickly delivered using BIM, which is also being pioneered for the building’s operation.

Building has followed this project from the initial design stage through to construction. In the third article in our series, we look at how Manchester council hopes to benefit from using BIM to operate the building, and the practical steps needed to make this happen. 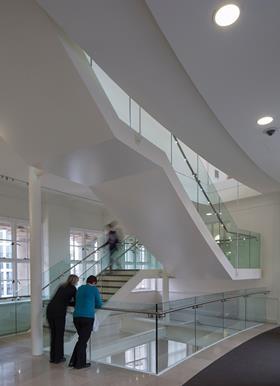 It hasn’t been an easy ride, as the team were focused on getting the benefits from BIM for the construction phase without fully understanding what was needed for facilities management (FM). It now has the job of reconfiguring the design and construction BIM data for the next phase and integrating this with a new, council-wide estate management system. Furthermore, the FM team were initially sceptical of the benefits offered by BIM for building operation and were reluctant to make the upfront investment.

“Part of the [BIM] journey has been getting the FM team to support the initiative,” says Liam Brady, Manchester council’s programme manager for the job. “They needed some convincing that this was going to work for them.”

The benefits of BIM for building construction are now widely accepted but the same isn’t true for building operation. “BIM can seem very technical and detached from the business requirements of the council,” says Paul Thompson, facilities manager for the town hall complex, which includes the library. “BIM is potentially an added layer of complexity; if the council can’t see it in terms of outcomes it’s unlikely to get support.”

Brady decided the best way to get the FM team on board was to use case studies to demonstrate how BIM would save them time and money. “The problem is there are no benchmarks,” he says. “We looked for best practice case studies including Scandinavia and America but we couldn’t find any real evidence of it being used for building operation.”

Instead Brady used five previous examples of difficult maintenance situations to show how BIM could come to the rescue. These included fixing a leak, replacing a complex lift component and replacing a lamp located high up in a public place. The last example required scaffolding to access the lamp, and a survey to identify what type of lamp was needed. This turned out to be a specialised type that had to be ordered in. The study revealed that it would take six weeks and 10 hours of work to fix the light without BIM. The problem could be fixed in just one day with two hours of work with BIM. “With access to BIM you know what lamp is needed, so you have all the parts ready before the scaffold goes up,” says Brady.

The systems we use don’t map to COBie without a lot of work, and the FM guys can’t read COBie. What we have done is populate the FM tool directly from the BIM data

This strategy clearly paid off, as the council now plans to make BIM data a central plank in its estate management strategy. It has invested in a tool called C-Pad to manage its entire estate (see box). Council workers can use it to report faults which are actioned by the FM team. It is also used for planned preventative maintenance and shows what needs to be serviced and when. BIM data will be embedded in the system so users will be able pull up 3D information showing where components are located, which will help maintenance workers to plan access.

Each component will have electronic service manuals attached, making it much quicker and easier to work out how to fix or service components. And the system also records the costs of repair and maintenance, which is embedded in the BIM data. “It collates real-time cost information for all the assets and builds up a complex, long-term picture,” explains Greg Davies, operations director of Concerto, which developed C-Pad.

Davies adds that the tool is now used by several other local authorities. “A council that doesn’t have BIM can have the financial information generally, not » » by asset.” This detailed financial information has the potential to save councils a fortune as they can use it to work the most cost-effective whole-life solutions. 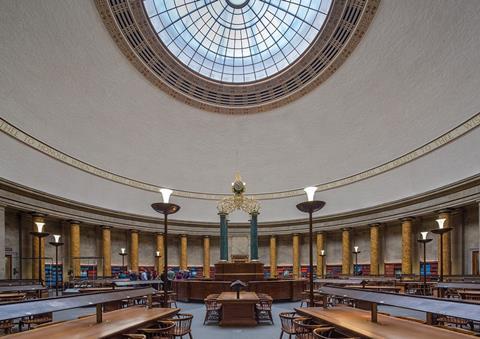 Putting it to the test

The theory sounds great but how is it being made to work in practice? The BIM data for the Central Library has evolved solely from the design and construction process. “A completely different set of data is needed for FM,” says Paul Marsland, chief electrical engineer for NG Bailey, who did the M&E installation on the job.

Marsland has the unenviable task of unravelling the BIM data and making it usable for FM. A decision was made to focus on the M&E elements of the job as these need the most maintenance. Much of the data was quite out of date and needed refreshing to reflect the as-built state of the library. Furthermore, some areas of the building were modelled in 2D to save money and have had to be drawn up in 3D.

A key job was working out what information contained in the model was relevant to FM. Marsland worked with the FM team to decide which attributes were useful for building operation. This involved giving a unique asset number for each item in the building. Groups of related items, such as the elements making up the heating system, could then be linked so that the FM team could open up a visualisation in C-Pad.

Naming conventions were also needed to identify spaces within the building - a job that Marsland says could have been eliminated with some forethought. “We’ve had to bottom out the names of places - the architect has called these one thing and the client another,” he says. “It would have helped if this had been fixed at the beginning.”

Part of the [BIM] journey has been getting the FM team to support the initiative. They needed some convincing that this was going to work for them

Marsland developed a software solution that automatically pulls the relevant attributes from the model. He says the whole job has taken three to four weeks but would have taken “months” without the software fix. The good news is this job can be radically simplified in the future. “If we had defined what was wanted at the beginning we could have done it as we went along,” he says. Brady says the council will stipulate what FM-related BIM data it needs in future projects.

With the data cleaned up, it can be imported into the estate management software at the push of a button. Marsland says COBie, the BIM Task Group’s preferred format for importing BIM data into an FM system, would not have benefited this job. “The systems we use don’t map to COBie without a lot of work, and the FM guys can’t read COBie,” he says. “What we have done is populate the FM tool directly from the BIM data.”

The 3D model will be visible to users through the Navisworks viewer, with the data stored in a software package called ArtrA. Text information is stored in a package called Edocuments. C-Pad is linked to these two packages so users can pull up graphical and text information and connect this to service schedules and reactive maintenance. Brady hopes to ultimately develop a more streamlined solution.

Thompson’s vision is to roll out BIM data across the Manchester property portfolio, which he concedes is a massive job. He says that many of these buildings are relatively simple, with just a heating, fire and security system and that asset information could be captured by contractors when carrying out servicing or replacement. This would enable the council to gradually build up its BIM database over a period of years.

Ultimately this should save the council significant sums of money on repairs and maintenance. It will also help it to identify the most cost-effective products and solutions and enable it to go to the suppliers and negotiate bulk discounts on those products. These savings were the big promise of BIM for FM, and it looks as if Manchester council will manage to deliver them. 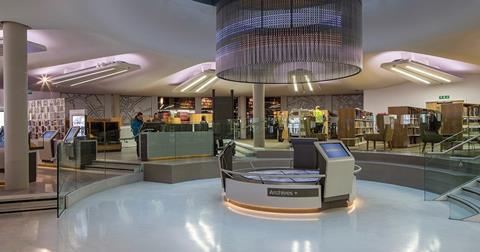 According to the Manchester town hall complex facilities manager Paul Thompson, Concerto’s C-Pad will be used for all planned and reactive maintenance, managing suppliers and building up detailed financial information on of the council’s assets. It has reorganised its estate management so this is now handled centrally with one team and budget rather than by individual directorates. “We will be in a much better place to deliver key objectives,” says Thompson.

The C-Pad interface has to be very simple to use by FM teams. If a worker reports that a room is too cold, the FM department can pull up the systems supplying heat to that room and isolate these from the highly complex M&E systems supplying everything else. This makes it much easier to identify potentially faulty items, such as the boiler supplying the cold room. Once the offending piece of kit has been identified, it is centred on the user’s screen and placed in context, enabling the FM team to work out how to access it. They can also link to the operation and maintenance manuals and fault codes for that boiler, historical work, cost and survey information.

Data can be downloaded to mobile devices, which is particularly useful when working on systems buried deep in a basement or in a remote area where there is no data signal available.

The construction benefits: did BIM save the council money?

Now the library is operational did BIM save the council money on the construction costs?

“It’s hard to quantify,” explains Alan Garbutt, Manchester Council’s construction director. “We did save an awful lot of aggravation.” Garbutt explains the services were crammed into small spaces making BIM invaluable for fitting these in efficiently and working out the construction sequencing. “We couldn’t have done it without BIM as the services were so intense,” he says.

Garbutt quotes some cash saving benefits, for example the vertical circulation core, a bank of lifts and stairs punched through the floors of the building. BIM helped the team design and plan the job including developing visual method statements that  demonstrated to English Heritage the building wouldn’t be compromised. This saved £250,000, 10% of the package value.

A sculpted, fluted soffit was originally going to be cast in concrete as part of a floor slab but contractor Laing O’Rourke suggested it would be cheaper to cast a flat slab and create the architectural ceiling with glass fibre reinforced gypsum. Architect Ryder’s BIM design was used to make the panel moulds and plan the installation, saving time and money, and resulted in a high quality result.

Overall, Garbutt says the main benefit of BIM is it took a lot of the risk out of this complex job. “It makes it easier to be on time and budget,” he says.

To find out more about the benefits and practical application of BIM visit the BIM Show Live which is being held at Manchester Central 23 - 24 April 2014. To find out more and book your place go to www.bimshowlive.co.uk