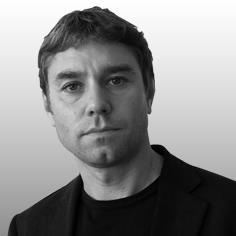 One of the ideas that I now regularly hear on the BIM circuit is that the young are going to roll straight over the current generation of the construction industry. These conversations always seem to focus on their comfort in working with modern technologies.

This argument is as unconvincing to me as the cliché that my ability to set the video recorder, which baffled my parents, somehow allowed me to leave them dinosaur-like in the wake of my modern world of work. It didn’t of course, not least because they could work the video perfectly well. Does mastery of shopping on an iPad really make you a great data operator? Does hours of placing block on block in minecraft make you a great designer? Does the relaxed attitude to privacy and sharing on Facebook set you up for working in sensitive highly regulated environments? Of course not.

There is no question that the industry needs to reconsider how we attract the brightest minds into construction but overlaying a simplified interpretation of youth culture and technology is not going to attract young people or serve the industry well.

Does this mean that young people have nothing to bring to construction? Do they need to continue to fit themselves into the moulds that we are already within? I believe not, because what young people do have by the bucket load is a culture of collaboration, and almost total comfort with sharing information.

I’d consider myself a highly committed BIM advocate but have to admit that there is still a nervy shadow in the back of my mind about the consequence of all this sharing that we do. Our generation and older have been brought up with a suspicion about what will happen if we do share. The current generation do not have that, and I would argue that to prepare the way for their entry into the world of BIM we need to ensure that this enthusiasm for sharing is not sapped away by the obstacles that we could put in their way.

Last summer I was fortunate enough to be a team mentor involved in Rob Garvey’s collaboration brainchild at University of Westminster. Project Intermission took students from the School of Architecture and the Built Environment courses on architecture, architectural technology, cost control and project management courses and put them together in two teams to work to a brief updating a space in the basement of the campus.

Initially I felt some frustration because the technology we’d planned to use overwhelmed the machines it was installed on. However as the week long project continued the true reason for running the project started to blossom. Students from disciplines who had never worked together before embraced a collaborative workflow with the teams identifying roles and exchanges of information as a team, with team members often focusing on who needed what from them when instead of shutting themselves inside their own siloed work flow.

At the end of the project there was a clear acknowledgement that both teams recognised that they had learnt more and produced a better design because of the feedback between disciplines. The process had been richer, more productive and also more satisfying than they would have expected it to be if they had worked in isolation on their disciplines work alone.

This culture of openness to sharing and collaboration is one of the ingredients that one can struggle to find on a real world project. As an industry we must create project environments that enable it to flourish because it is a precious resource that is in short supply in a world of professionals brought up within an adversarial way of working.