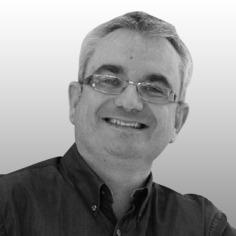 From around 2007 businesses have generally been on a difficult journey where their revenues have fallen and their resources reduced.

For the last few years businesses have been bouncing along on the bottom with little growth or investment. More recently however there has been an increase in confidence and a growing level of activity.

As we move, hopefully, into a period of sustained growth (no matter how small) we will be faced with new challenges.

During the recession businesses were shedding people and cutting back or stopping training.

Many people left the industry either by choice or through redundancy. From a personal perspective I can think of mature architects and landscape architects who decided to leave construction and re-train in a new profession.

Two in particular have since re-trained as primary schools teachers. Others have set up their own sole trader businesses and are now operating at a domestic level.

The processes and products we are familiar with in construction will change, driven by generation Y, Z and those boomers and gen Xers who understand and embrace change

In such cases the choices were driven by the level of change in the industry – the pace and pressure had increased and there was a reliance on and requirement for technology. The profession they found themselves in was not the one they joined.

These are my own experiences but I have no doubt there are many similar examples.

In relation to new talent joining the industry I’m sure we all have knowledge of trainee architects or engineers who are working in a call centre or hotel. There has been little investment in training of new talent across construction.

At site level construction companies have not been taking on apprentices meaning there are no new bricklayers or plasterers.

As we move back into growth we will face a skills challenge. The people or experience is not available in the industry to respond to growth. Many years of experience and knowledge have been lost for good.

We are already hearing stories of rising prices due to supply and demand.

The industry had similar challenges in the early nineties as we emerged from recession. At that time we were moving from drawing boards to CAD. Lots of professionals left the industry putting pressure on the design process. This pressure resulted in a change in procurement and the growth in the use of design and build to manage risk.

The reduction in skills this time will impact upon the products we produce. The level of onsite activity will reduce whilst off site will increase.

Traditional on site skills such as bricklaying and plastering will reduce in the main contracting sector.

As well as a change in skills we have a change in attitude to work. We have new generations joining the industry who think differently and expect different things.

Business culture has been driven by the baby boom generation for the past 20 years who have operated in a performance culture focused on inputs and ever increasing metrics and longer hours.

In recent months we have seen a number of high profile baby boom bankers burn out suffering from exhaustion and stress. They have responded to medical advice and needed to take extended leave to recover.

This generation includes people who were born before 1965 and makes up a large part of the leadership of today’s construction industry. Early boomers have benefitted from the property boom whilst younger boomers may not have had many of the benefits of the wider group.

Boomers were followed by generation X who were born between 1966 and 1976. This generation are sometimes referred to as the “lost” generation and were the first generation of “latchkey” kids, exposed to lots of day-care and divorce.

Gen X is often characterised by high levels of scepticism, “what’s in it for me” attitudes. They are however potentially the emerging leadership group of tomorrow’s construction industry. They have been exposed to the development of the PC and the growth in the use of technology and can be referred to as the spectrum generation.

Whilst they have seen advancement in technology and learning with a large proportion being university educated, they have also experienced boom and bust periods in their careers.

Gen Y members are much more racially and ethnically diverse and have been influenced by the rapid expansion in satellite TV and the Internet.

While we don’t know much about Gen Z yet we know a lot about the environment they are growing up in. This environment will make the next generation the most diverse ever

It is this generation who will force change in the construction industry and will potentially achieve the industry vision 2025. They are embracing new technology in construction and are challenging traditional thinking of the Boomers and generation X. They think differently about work and want greater flexibility. They are task driven and more interested in outputs than inputs.

There is a clear conflict between this and the performance culture more familiar to previous generations.

New businesses such as Google, Twitter and Facebook have emerged in the last 10 years with founders from generation Y which is driving their culture to be radically different to anything before.

While we don’t know much about gen Z yet we know a lot about the environment they are growing up in. This environment will make the next generation the most diverse ever.

Gen Z kids will grow up in a highly sophisticated media and computer environment and will be even more Internet savvy and expert than their gen Y forerunners.

Apple, under the leadership of Steve Jobs (a baby boomer) have understood and embraced the range of attitudes across generations and have developed new products which have evolved with the generations. Microsoft, in contrast, also previously headed by a baby boomer (Bill Gates) has failed to address the needs of a new generation meaning their products now look dated and irrelevant.

Nokia and Blackberry have suffered an even more drastic fate for the same reason n recent months.

You can follow the trends in industry and predict similar changes in the construction industry. The world around us is changing. People are changing. The environment is different and resources are more precious than they have ever been. Emerging generations are challenging the norm and are excited by change and technology.

The processes and products we are familiar with in construction will change, driven by generation Y, Z and those boomers and gen Xers who understand and embrace change.

Those who don’t and continue to hold on to methodologies of the past will suffer the fate of Nokia and Blackberry.