British Land has said it will place levies on new developments to fund retrofitting work across its estate as part of a new drive to cut carbon emissions.

The Cheesegrater developer said that every tonne of embodied carbon it produces this year until 2030 will trigger an additional £60 payment, which will be used to provide capital for energy efficiency improvements to its existing stock. A proportion of the funds will also be used to buy “certified offsets”. 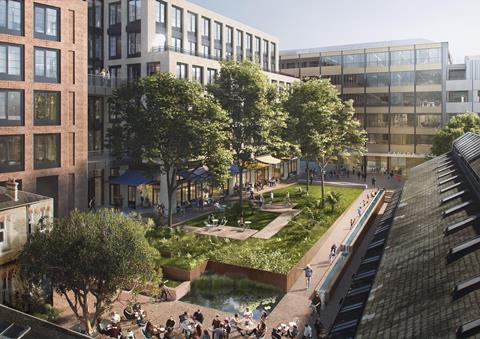 The move is part of a new set of targets for cutting greenhouse gases announced yesterday by the developer, which last December said its £3.3bn mixed use Canada Water scheme will be fossil fuel free to help meet its target for a net zero carbon property portfolio by 2030.

It also said it will cut emissions from its supply chain and from the development and operation of its assets by 55% per sq m of net lettable area over the same time frame.

The developer said that by 2020 it had already cut direct and indirect emissions by 73% from a 2009 baseline and the targets would be set from this new baseline.