We ask readers to share their visions of the construction industry in 25 years’ time. Here, John Clark of contractor Grangewood celebrates the authenticity and personality of place 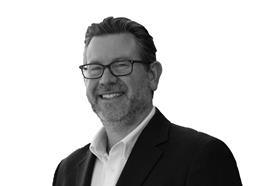 The phrase “placemaking” was coined back in the 1960 and 70s by urban landscapers. But beyond the name, the great estates were the pioneers of placemaking in London. They engendered a powerful sense of community, which remains today. But what can we expect from developers and placemaking in the future?

Placemaking has had a resurgence in recent years. There’s been a massive shift back to people, real people. Vacuous vanity projects with their walls of glass mirrors and gated entrances have been replaced with ones focused on community, creating a sense of place and putting the heart back into them. Engendering a sense of community is what people want. And this is what the great estates do so well.

If you look at the statistics, there’s a 70% likelihood of a resident renewing their tenancy agreement if they’ve made a friend in the building. So, if you create the opportunity for people to meet, then they’re more likely to stay in an area if it has a great community, it’s safe and has a sense of place.

For me placemaking today is as much about the personality as it is people, where you create the canvas for a community to grow and thrive. For the most successful developments that will stand the test of time, wave goodbye to the contrived, stark and sterile, and say hello to authenticity, honesty, personality and real places shaped by real people.

John Clark is a director at Grangewood