We ask readers to share their visions of the construction industry in 25 years’ time. Here, Arcadis director Will Waller sets out the role he sees for robots in the industry 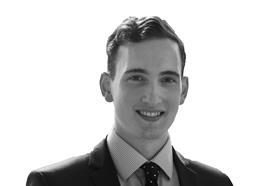 In 1495 Leonardo da Vinci unveiled his robotic knight. This breath-taking creation was capable of independent motion including sitting down, standing up and lifting its own visor. So ground-breaking was the design that it would inspire elements of NASA’s space programme, 400 years later.

We, too, can learn a great deal from da Vinci’s knight and the time it took to find any meaningful purpose. History tells us that the pace of technological innovations can often be overestimated.

The benefits of robotic technology are potentially massive. The construction industry has a skills shortage and robots could help, for example laying bricks. Robotic technology could also improve the way the existing human workforce performs, such as through the use of robotic exoskeletons.

However, like da Vinci’s creation, it could take a long time for some of the innovative technologies to become ubiquitous. Construction is unlikely to have a robot-based future unless it has more of a long-term view and the margins to allow sustained investment.

Successful proliferation of robots will rely on people – retraining, doing different jobs and maximising the productivity of the new system. Robots will open new opportunities for all.

Technologies like robots will have a key part to play in raising sector productivity. However, we need to invest more in people, both as a lever to boost productivity in construction and as an enabler of the robots themselves.

Will Waller is a director at Arcadis