Blinds and wellbeing: Put in the shade

Blinds in commercial buildings have been seen as integral to controlling daylighting and views out. But might a more sophisticated approach to facade design mean that the humble blind has had its day? 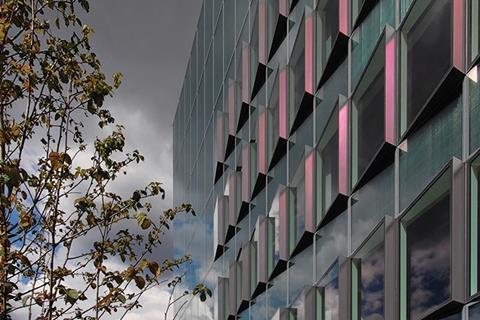 Many people who work in a new office block are probably familiar with the following scenario. An office offers floor to ceiling glazing which provides generous views and substantial levels of natural daylight, thereby minimising artificial lighting and providing clear benefits from both an environmental and wellbeing perspective. But in order to prevent glare and solar gain, the blinds come down at intermittent times of the day. This obscures or obstructs views and reduces sunlight, in effect the direct opposite of the very benefits the floor to ceiling glazing was supposed to realise in the first place. The issue is worsened with automatic blinds which remove the user control possible with manually operated blinds. The result is frustrated workers and a technically complex facade system whose innate environmental and aesthetic characteristics have been nullified by a humble domestic shading device: the blind.

“You have to think about blinds when designing but that doesn’t always happen,” says Gustavo Brunelli, architecturally trained associate director at mechanical and engineering consultancy Hurley Palmer Flatt. “Blinds are key to views and daylighting but when they come down they have a negative impact on health and wellbeing that a well-designed facade may have been able to avoid.”

The use of blinds in offices is also determined by the unique way in which they are inhabited, which contrasts sharply with residential buildings, for instance. In homes blinds are used for privacy as well as shading. But in offices the privacy consideration does not apply and shading requirements are more localised as artificial lighting ensures that minimum light levels are always maintained regardless of daylighting.

The aesthetic impact of the failure to appropriately incorporate blinds into a facade’s design is evident on the exterior of scores of office blocks across the country. London’s Broadgate Tower offers a particularly damning example: even on days with extensive cloud cover, its glass facades are transformed into an ugly chequerboard of drawn and partially drawn blinds. The irony is that that this cluttered and unkempt appearance is in direct contradiction to the sleek, sinuous and transparent look that glazed curtain walling was intended to achieve in the first place. 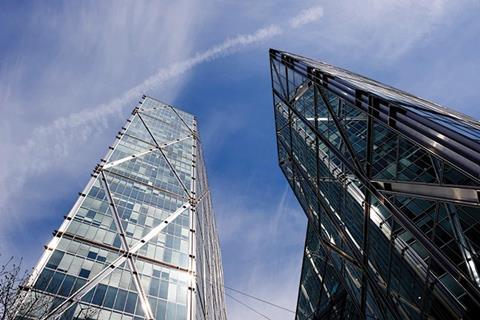 Brunelli also argues that the negation that fuels situations like this is also embedded into regulatory standards. “The traditional way of assessing daylight is by using daylight factors. But these are based on a worst case scenario that ignores over-illumination and fails to recognise what other daylighting interventions might be required to achieve a truly well-designed facade.”

So what might these other interventions look like and is it possible to design office facades in a way that excludes blinds or at least enables them to remain open for a greater length of time? There are of course obvious shading devices that can be integrated onto facades such as louvres, brise-soleil and overhangs. But, as Brunelli explains, Hurley Palmer Flatt’s research data indicates that introducing more solidity into the facade, in other words making the glazing smaller, might have the biggest impact.

“Let’s establish three office floorplate scenarios, one has full floor to ceiling glazing, the other has a floor to ceiling glazing with a large overhang and the third has the overhang but with 70% less glazing. All meet internal daylighting standards but it’s only the third solution that avoids over-illumination and negates the use of blinds, thereby optimising wellbeing benefits for the occupants.” 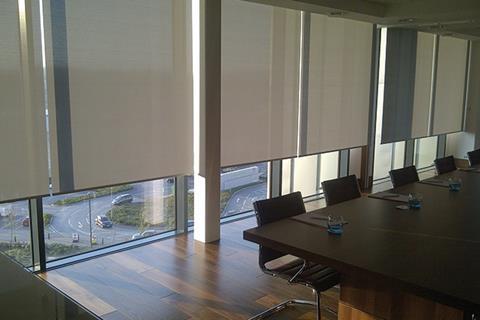 Blinds can lead to frustration when views and daylight are obscured

Brunelli does not present the three models as a definitive solution but argues that they highlight measures by which facade design can be precisely manipulated to produce a desired wellbeing and daylighting outcome, a process that should be embedded into the early stages of the design process. Moreover he argues that introducing greater solidity onto facades will have “no impact on daylighting or views” if well-designed.

Brunelli is not the first to criticise all glass buildings: the tougher regulatory conditions introduced by Part L and their potential for extreme environmental inefficiency with regard to heat loss and solar gain have checked the image the glass office block has enjoyed for the past 60 years as the de facto symbol of corporate architecture. It has been barely five years since architect Ken Shuttleworth famously declared the glass office block “dead”.

But much of this criticism has been based on an environmental and energy perspective, neither of which have been able to conclusively override the glass office block’s two key advantages: sleek aesthetics and maximised daylight.

Brunelli’s observations about the impact of blinds are the first to frame criticism of the all glass office block from a wellbeing perspective. Moreover, by identifying the role blinds play in cluttering elevations (as at Broadgate) and over-illumination, they can also be used to counter the all-important aesthetics and daylight arguments commonly used to support floor to ceiling glazing. 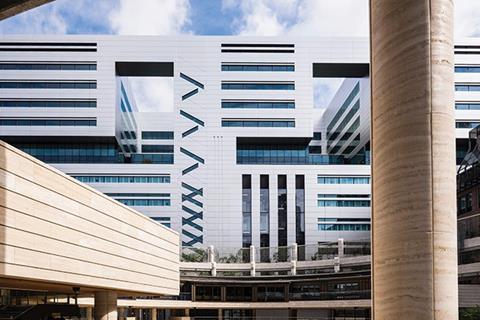 Are aggressively solid buildings like Make’s 5 Broadgate the solution for blinds-free facades?

So does the humble blind spell the final nail in the coffin for the all glass office building?

Not quite. “It’s important to remember that blinds are not about shading but are about controlling light. All the shading should be done on the outside; it’s best to block the sun before it gets inside.”

There are a variety of new glass technologies that are extremely effective in reflecting heat and reducing heat loss. Many of these are present on the Shard. While extremely expensive, its glass envelope is phenomenally advanced and features a high-performance, triple-ventilated facade whose outer layer of low emissivity glazing essentially acts as an invisible external blind while maintaining views and daylighting.

So while Brunelli admits to “not being a fan” of fully glazed buildings, for him the key to achieving wellbeing in offices is being mindful of the impact of blinds in design stages in order to deliver a well-designed facade that optimises rather than maximises daylight. “We shouldn’t think that having a fully glazed exterior is the best way to deliver a well-lit office. Facade design needs to consider all manner of elements ranging from shading to solidity in order to create the desired internal environment. Too much light isn’t always a good thing.”