The spectacular new canopy on the Western concorse of King’s Cross station has been revealed for the first time.

The vaulted concourse by John McAslan + Partners is reminiscent of the Grand Court at the British Museum. When it opens next Spring the 7,500sq m concourse will be the largest single-span Station structure in Europe.

The semi-circular roof rises 20m in height and spans the 150m-length of the original Grade 1 Listed Western range designed by Lewis Cubitt.

As part of the restoration of the Northern Wing, which was destroyed by bombing in the Second World War, has been rebuilt to the original designs and can be viewed from the concourse.

Read Tom Lane’s feature on the redevelopment of King’s Cross. 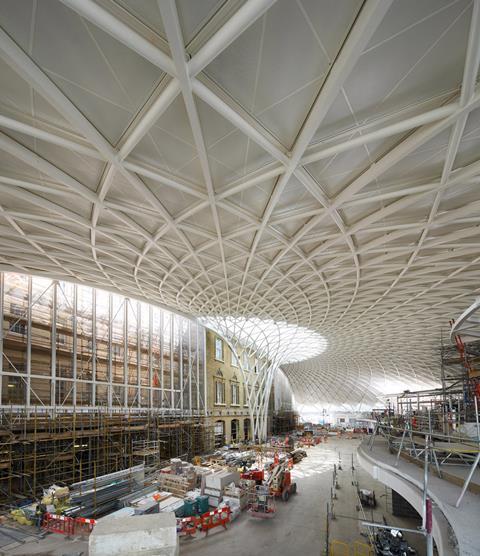 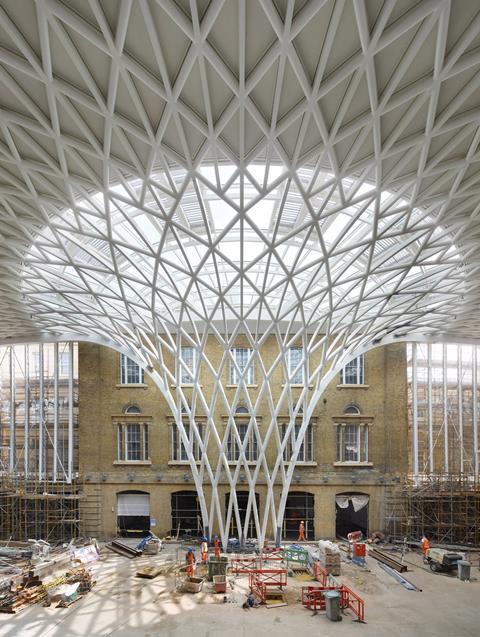 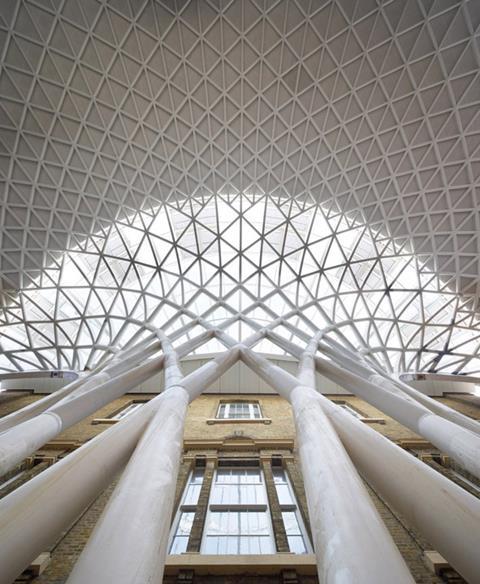 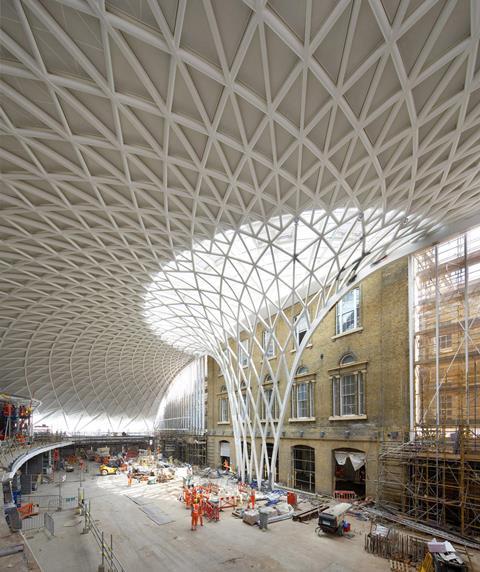