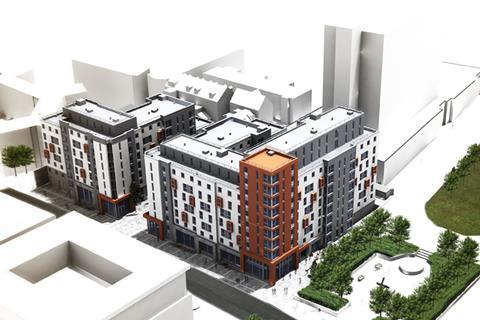 The University of Plymouth has submitted this 552-bed student accommodation building for planning.

Based on the site of the former Naafi building, which previously housed the Plymouth School of Architecture, it has been designed by Willmore Illes Architects and will sit on the route between the city centre and the Hoe - the public space facing the sea.

The demolition of the Hoe Centre which currently sits on the site has been controversial. It was considered for listing in 2006 but rejected.

An eleventh hour bid by campaigners in July this year was also turned down with English Heritage saying there was not sufficient architectural or historical distinction to warrant it.