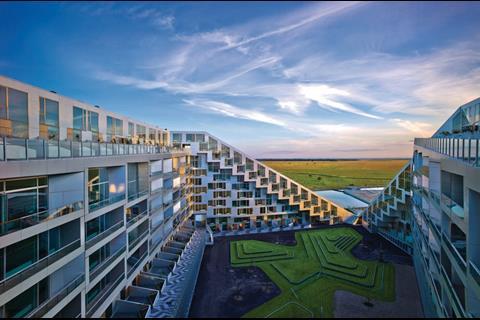 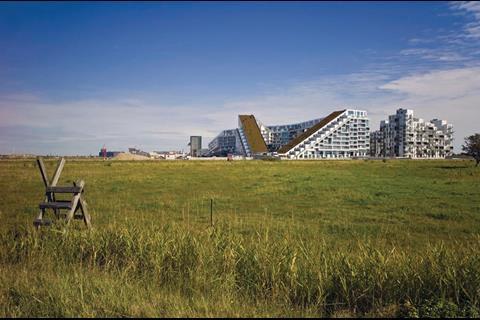 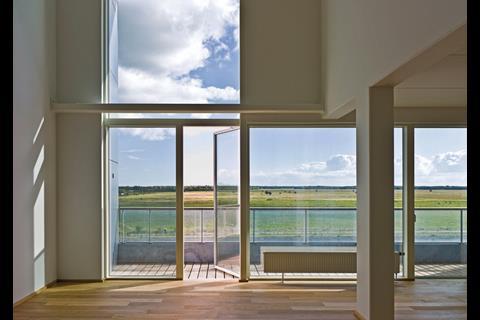 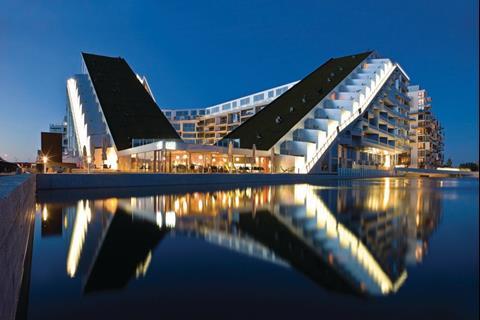 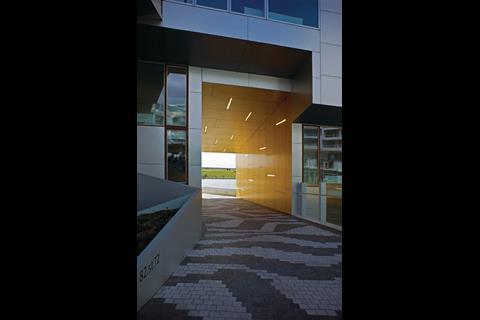 Thomas Lane reports on the Copenhagen apartment block that has turned the suburban experience into something wild. Photos by Jens Linhe

This ramp is all part of the suburbia meets high rise aesthetic. Located in Ørestad, a new district on the southeastern side of Copenhagen the block is divided into three types of housing – terraced, apartments and penthouses. The terraced homes sit on top of much wider ground floor retail units and feature individual gardens. The ramp winds past the ends of these gardens, up past the apartments in the middle floors of the building and the gardens attached to the top two floors of penthouses. “It’s about creating density without losing the qualities of suburbia such as a space in front of your house and a view of a tree and your neighbours walking past on the street,” explains Kai-Uwe Bergmann, associate partner at BIG, the architect of the scheme.

The scheme is shaped like the figure 8 for good reason. In the middle of the 8 where the scheme pinches together is a broad passageway allowing people to easily pass through the middle of the scheme. It is also the natural focal point for all the social facilities you would find in a surburban neighbourhood such as a nursery and cinema. On the shaded north side, the top part of the 8, are located offices. This part of the development is higher here so the apartments over the offices get some sunshine. The southern end of the 8 swoops down to first floor level which not only looks dramatic but gets light into the courtyard and the apartments behind.

The Danes have also managed to perfect system building which was used for many failed 1960’s local authority blocks. Here BIG has uses the flexibility of precast concrete panels to create the crisp geometry of the building and high quality finish. All this adds up to lots of kerb appeal; according to Bergmann 100 units have been sold in four months. He says there are 20 to 30 other new developments locally and only 120 units were sold in all of these during 2009. Perhaps UK housebuilders should take a leaf out of BIG’s architectural book and get radical.