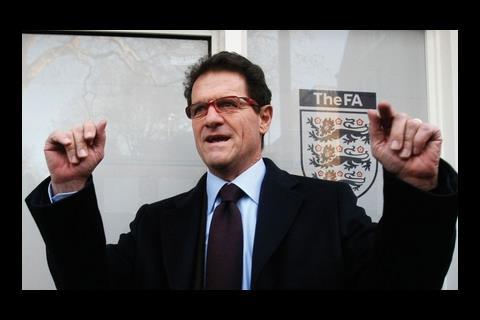 McElhinney takes naturally to the role of shrewd Italian …but ultimately, it’s more that Capello looks like an Irish brickie. 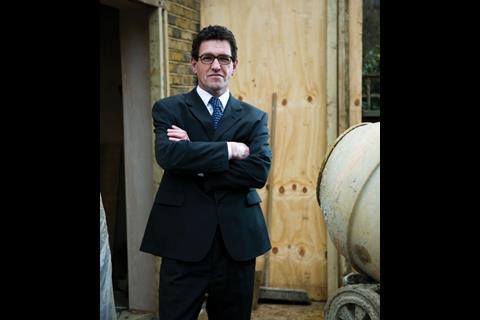 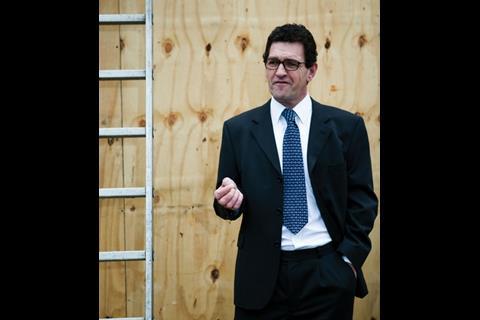 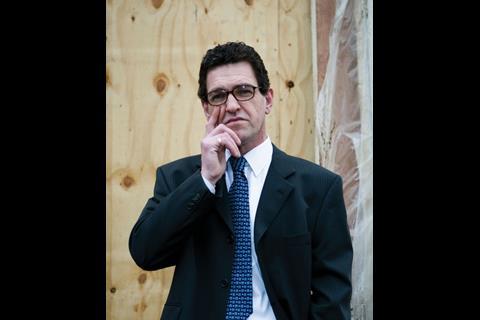 Fabio Capello picks his first England team on Wednesday, and although he wouldn’t share his thoughts on selection with Building, there’s an Irish bricklayer who looks just like him – and he was happy to tell Katie Puckett what he thinks of Frank Lampard …

Michael McElhinney and I have never met, but as he walks down the street towards me I recognise him immediately. Two months ago, he was an Irish bricklayer who happened to bear a striking resemblance to an Italian football manager – today, he is a hotly sought-after lookalike of England manager Fabio Capello.

Already, he has earned more than £2,000 from his act, despite the fact that Capello is yet to speak in English in public. Last year, he worked on the blockwork at Wembley, but when England play their first match with Capello in charge next Wednesday, he will be watching from the corporate hospitality area as an after-dinner speaker. Boots has been in touch about a sponsorship deal for his glasses.

“It’s been crazy, absolutely crazy,” says McElhinney, as we stroll back to the kitchen extension in Chiswick he’s been working on. “It’s not stopped. I’ve done about eight different things as Capello already.”

He’s wearing one of several smart suits he’s bought for his act, and a replica of Capello’s frames. The resemblance is quite surreal. Apart from his dark curly hair, McElhinney doesn’t look particularly Italian – it’s more that Capello looks like an Irish brickie.

“Do you think I look like him? Some people get it and some don’t,” he says. Does McElhinney think he looks like Capello? “Sometimes he does things exactly the same way as I do. There’s one photo my wife took of me the other day and I’m like, ‘that’s him!’”

McElhinney had his first taste of stardom last April, when he went to Rome for a wedding. “All the waiters were staring and kept saying ‘Capello, Capello’. The bride was pissed off because I was getting more pictures taken than she was.” He claims he didn’t think any more more of it until his wife saw Capello on TV after he took the England job. “She said ‘you look a little bit like him’. She took one photo and sent it to an agency and they loved it.”

He says his life hasn’t changed much – “I’m still a brickie, you know” – although he admits he hasn’t spent much time on site lately. His family and friends think it’s brilliant. “All my mates on other sites have called me up and they can’t believe it. They’re sitting in the canteen with the paper going ‘It’s Mick! It’s Mick!’”

For a man who has suddenly been plunged into the limelight because of a random physical similarity to someone else, he seems to be taking the attention in his stride. He claims he hates having his picture taken, but poses good naturedly for the photographer and mimics accurately the few expressions England fans have seen so far.

He does get fed up sometimes when people won’t stop pestering him, though. “They say ‘put your glasses on’ when I don’t want to, in the pubs and stuff.” It must be hard to switch it off? “You have to switch it off or you’re not being you. At Christmas, everyone wanted a picture but I just said ‘no, it’s Christmas, it’s family time. Forget Capello for a couple of days’. You can get quite testy, yeah.”

Fortunately, McElhinney is a football fan. He used to play right back for Hillingdon Irish, and supports Manchester United

and the Republic of Ireland. He takes an interest in England because of its Man U players, he says, and his German Shepherd is called Keano.

Plenty of people will tell you that I have a Latin temperament. But my taxes are fine, thank God

Being Capello’s lookalike is both a blessing and a curse. On the one hand, the England manager hasn’t really done anything yet, so McElhinney can get away with a couple of expressions and a few muttered Italian phrases. On the other, there’s very little to base an act on – something that may prove challenging when McElhinney is writing his after-dinner speech. He has the glasses and the suit, but he can’t really learn to speak like Capello until Capello has learned English.

“I’ve learned a little bit of Italian – I was in Venice two weeks ago trying to pick up a few things,” he says. “One pub we went into, there was a Liverpool fan in there who got the Italians over, and I put on the glasses. There were quite a few photos taken that night. Now they have a picture of me up in the bar.

The last couple of months have been a period of intensive study. He’s watched everything Capello’s done on television and studied loads of pictures. I say I saw a video of Capello throwing a big Latin strop on YouTube. “YouTube? I’ll have a look at that,” he says. “I’ll get him. I will get him good. It’s only been a month.”

McElhinney doesn’t think he’s particularly good at impressions, but he poses like a natural. The photographer keeps cracking up as he looks through the lens – “It’s really freaky! You look even more like him on camera!” He also seems to be adopting the principles of method acting. He’s more comfortable in his site clothes than a suit, but it helps with the act. “That’s why I don’t mind having my picture taken. It’s not me they’re taking.”

Apart from the physical resemblance, he suspects he and Capello have little in common. “He’d be calmer than me and a bit of a rogue.” Does McElhinney have a fiery Latin temperament? “I can have. Plenty of people will tell you that. And my taxes are fine, thank God.”

The Godfather is one of his favourite films. “I always like the bit where he says ‘Make-a me an offer I can’t-a refuse’ “

“Whata are you lookin’ at?” he shouts to his colleagues on site who are sniggering from the sidelines. “Geta on-a with-a your work-a!”

“If I get pissed off I will junk it all in, but at the moment I’m enjoying it. As long as he doesn’t get a skinhead. I feel sorry for the Beckham impersonator, he keeps having to get his hair done.”

Is Capello a good choice for England manager?
He’s got a reputation as a brilliant manager. If he doesn’t get to the World Cup semi-final at least, I’d call it a failure. He’s capable of doing better than that. He’s definitely the man for the job – right age for the job, too.

Who would be your starting 11 for the friendly against Switzerland?
Micah Richards at right back, Rio Ferdinand, John Terry, Ashley Cole, Owen Hargreaves, Steven Gerrard. How many’s that? David Beckham as captain. Wayne Rooney and Peter Crouch up front. Got to put Frank Lampard in even though I don’t like him. I think he’s overrated. Oh yes, a goalie – got to go with experience: David James.

How would you get Gerrard and Lampard to gel?
Because they’re both attacking midfielders, one of them would have to take the back seat and let the other go forward. I’d let Gerrard go forward and let Frank hang back a bit behind him. Actually, I’d leave Lampard on the bench. You could put Michael Carrick in there.

Would you use an umbrella at a football match?
Definitely not.