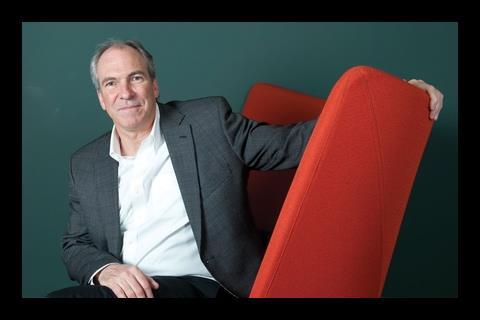 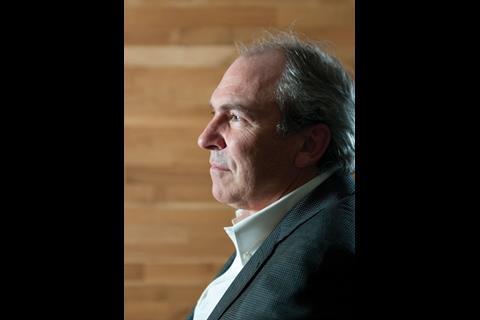 BDP, Britain’s biggest architect, is better known for quiet competence than daring. But this is the firm that defied Tesco, beat the downturn, expanded into India and Libya and doesn’t give a fig for profit. Chief executive Peter Drummond tells Roxane McMeeken all about it

Peter Drummond is anxious to know where the “stinger questions” will be in this interview. “They’re usually at the end, aren’t they?” he asks twitchily, as we take our seats across a table in a glass box meeting room.

Considering the tall and suntanned Drummond is chief executive of BDP, the nation’s number one architect by number of chartered staff, it may seem surprising that he’s a tad jumpy.

But there may be a couple of reasons for his mood. One is that Drummond has just steered BDP into choppier waters than it is used to by opening offices in Abu Dhabi and Delhi. Another is that, frankly, a lot of people appear to have it in for the practice. Over the past few months its architecture has been attacked in the press as “bland” while even that most genteel institution, the All England Lawn Tennis Club, lobbed a £4.6m claim at it over alleged design flaws in the media and broadcast centre at Wimbledon. Another may be that these are extremely tough times for most architects, and BDP is feeling the pinch like everyone else – with turnover falling at the start of the recession, followed by press reports of pay cuts the following year in 2009.

We meet at the practice’s London office, a converted industrial building (what else?) combining exposed bricks and steel columns with modern timber partitions and floor-to-ceiling windows. It’s like a large architectural factory, which chimes with BDP’s multidisciplinary offering and its reputation for doing big projects in most sectors, as well as its workforce of 1,000 – 800 of whom have a stake in the partnership.

The firm is known for efficiency and professionalism. One of BDP’s long-term clients, Jon Emery was at Hammerson and now works for Majid Al-Futtaim, a Middle East mall developer, as senior vice-president of projects. He says: “I admire its quality, consistency, and structured and thorough approach. The only problem is that these strengths can also be not the most supportive to creativity and free thinking.”

This brings us to the first question, which may or may not be considered a stinger: is BDP’s architecture bland? Drummond says: “I would challenge anyone to hold that view. We have been nominated for five RIBA awards this year.

“In terms of creativity, even within the confines of PFI we’ve broken the mould with projects like Hampden Gurney, the first vertical school, and we’ve done the same in retail, with Liverpool One.” He adds: “We are not about the tallest, the biggest, the highest, the most technological, but what we do is try to put the user at the heart of the place.”

Drummond has made it his mission to spread this brand of architecture around the world and the firm’s turnover in markets outside continental Europe mushroomed 917% in the year to June 2008 – and has continued to grow. This brings us to another thorny question. Was the decision to open offices in India and the UAE a knee-jerk reaction to the UK downturn? Drummond says no. He drew the plan up to expand internationally on becoming chief executive five years ago, before the recession. “We thought: we’re in the top 10 largest practices in the world yet 97% of our business comes from the UK and Ireland – we should be giving ourselves more opportunity than that.”

Two years ago it moved into Abu Dhabi, which the practice thought was “taking a less explosive” approach than Dubai, “although still adventurous”. This led to BDP acquiring Syna, an eight-person practice in Abu Dhabi at the end of last year. Syna was already doing a number of hotel and resort complexes (“things that BDP doesn’t necessarily do”) and BDP is now developing business streams in areas such as schools and hospitals in Abu Dhabi, universities in Kuwait and Egypt and a hospital and retail-led mixed-use scheme in Qatar.

Our declared bottom line profit is not the be all and end all. In fact it’s fairly irrelevant

So far, it has only sent two of its staff to Syna, although it aims to send a further 10 by the end of the year. The recently opened Mumbai design studio will grow at a similarly cautious rate. The office’s key jobs in India are a £266m mixed-use scheme in Mumbai for client Abu Dhabi Investment House and a major hospital in Delhi. Drummond is also building up the firm’s work in countries where it doesn’t have an office, including Libya, where it is building 10 universities.

So how tough a time is BDP having closer to home? Drummond says average fees have dropped 14% in the past year – which is better than many others report. BDP is not willing to slash its fees recklessly. Drummond says: “There is fierce fee competition out there; some is natural, which is fine, but some is not, and we won’t play that game. Tesco asked us to cut our fee by 40%, we said no and they said goodbye.”

The worst were in London. But the toughest market for BDP has been Ireland, which Drummond says has “fallen off a cliff”.

As a result, staff in BDP’s offices in Dublin and Belfast have been halved, leaving them with less than 20 apiece. But he says pulling out is not on the agenda: “We’re part of the fabric there and we won’t give that up without a fight.”

On the subject of the firm’s overall financial condition, Drummond has a large bone to pick. BDP’s accounts filed in October 2008 showed that although turnover rose 18% to £99.5m for the year to June 2008, the practice was operating at a loss of £49,751. The numbers look better when interest-related payments are taken into account, as these show the practice made a profit of £1.3m, but even this looked a rather paltry figure against its £99.5m turnover. Drummond defends this situation. “Look, to an employee-owned business like ours, with 800 shareholders, our declared bottom line profit is not the be-all and end-all. In fact, it’s fairly irrelevant. What counts is that we can pay ourselves as well as is appropriate, reinvest in the business, maintain shareholder value and ensure we are well funded.” BDP has more than £10m in the bank.

Drummond says reports at the time that directors took a 9% pay cut were unfair. “The only place we have reduced salaries is in Ireland. For directors, there was no planned pay cut. Like all staff, they are paid in profit share, and when profits went down, everyone’s pay went down – by 9% – too.”

A final stinger. How much of a disaster was the Wimbledon claim? The dispute, in which the club accused BDP and subcontractor FB Ellmer of “defective design” and BDP responded by accusing Wimbledon of “abuse of process”, has been resolved. Drummond says with a calm and confident smile: “There was an issue, but we’ve settled amicably out of court and since then we’ve advised Wimbledon on something else.”

And that’s exactly how he’ll continue to steer BDP through the choppy waters ahead.

“We have definitely noticed commercial coming back. Nothing dramatic, but a few large city-centre schemes that had stopped are moving again. These are long-term projects, so it will be a long time before they deliver work for contractors.”“We are building major schemes for Standard Life in Newbury and in Bury for Hammerson (formerly Thornfield Ventures), which have never really stopped.” “Transport is a good sector – we are on Crossrail, including Whitechapel station, and also bidding for the BAA framework.” “I don’t think schools are going to stop. There may not be the same volume and it may err towards academies rather than Building Schools for the Future, but we have excellent contractor clients in this market so we think we’ll continue to do well in it.”“I believe more hospitals will also be built and three have been announced in the past few weeks, including the Brighton and Sussex University Hospitals’ 3T Programme, which we’re working on for Laing O’Rourke.”