Keith Whitmore: ‘I do not suffer fools gladly’ 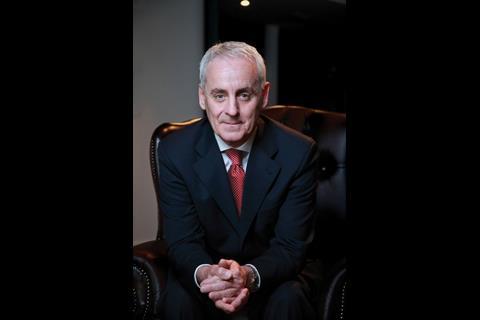 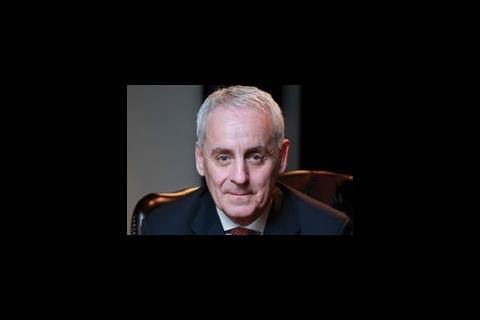 Working for Westfield’s head of design Keith Whitmore may seem a little intimidating at first. But once you’ve got used to his ferociously demanding standards and early morning phone calls, he’s really very approachable

Lie-ins are likely to be one of the first things that go out of the window if you find yourself working for Westfield. Keith Whitmore, the retail developer’s head of design and construction, explains why. “I am hands on and I like to know what’s going on in my organisation,” he says. So, phone calls at 6am? A pause and a wry smile say it all. “People need to be accessible,” he shrugs.

It’s fair enough that Whitmore commands a dedicated work ethic from his supply chain. He has a big job to do. Following the construction of the £1.7bn flagship Westfield mall in White City, west London, which opened in October 2008, Whitmore has now been charged with delivering the £1.45bn follow-up scheme in Stratford, east London, right next to the Olympic site. The 1.25 million m2 site is due for completion by this time next year with vertical construction set to kick off any day now.

But there is still plenty to do, including additional mixed-use schemes at Stratford scheduled to start right after the main body of the mall has been constructed. These will include 1,200 homes, 65,000m2 of offices and 36,5000m2 of leisure space. And Whitmore is already looking ahead to Westfield’s development pipeline, which includes plans for new multimillion-pound malls up and down the country.

He approaches all this with an ox-like determination, something he has demonstrated throughout his career, starting off as a carpenter’s apprentice in his teens and working his way up through the ranks and into the boardroom before being offered a job with Westfield in 2005. And, for those who think they can live up to his high standards and early morning phone calls, he is on the lookout for new firms. “We don’t use just one or two companies repeatedly,” he says. “Everyone has an equal opportunity to win work with us.”

In the 10 years since Westfield broke into the UK retail market – it was set up in Australia in 1960 – the group has become one of the biggest retail developers in the country. It procures work using design-and-build contracts and there are plenty coming up on Westfield schemes, both in Stratford and, longer term, up and down the country. “Westfield is not just about Stratford,” says Whitmore. “There will be opportunities elsewhere coming up over the next few years. There are plans for Guildford, Nottingham, Merry Hill [in the West Midlands] and Lisburn, Northern Ireland.”

Whitmore admits that he uses a few key firms (see list, below) but adds quickly that Westfield tenders everything. “I want the message out there, loud and clear,” he says. “Bidding is very expensive, I am acutely aware of that. If you tender for us, you should know that you have just as good an opportunity to win as everyone else.”

The key players he refers to are firms that are in short supply in the UK – those able to handle large jobs. He uses the steel frame contract on Westfield Stratford, awarded to Severfield-Reeve, as an example. “That job required 40,000 tonnes of steel, a huge contract that hardly anyone in the UK would have been capable of managing.”

But a new strategy on this Stratford scheme is to split these big contracts up. So the lion’s share of the work – £55m in the steel contract’s case – goes to one main contractor but then a lesser percentage is divvied up between smaller firms. “The idea is to spread out work where we can in this difficult climate,” explains Whitmore. “Firms are struggling for survival so we are dividing up a small percentage of the big jobs among three or four other companies. These packages are worth around £1m each.”

How to impress him

Whitmore’s background in construction means he is in a better position than some other clients to empathise with his supply chain. Not, he adds quickly, that that makes him a soft touch. “I still think of myself as a builder and my job is to support the supply chain. But I also have extra insight which means I know how the construction industry operates and that makes it harder for people to pull the wool over my eyes.

“I can be very direct. This is a big project and you have to be extremely clear about what you want from contractors. Everyone understands there is a job to do and that it needs to be done quickly, safely and efficiently. That’s the way I operate and I do not suffer fools gladly.”

Whitmore may be a demanding client, but anyone with that much work to offer is well worth trying to impress. The question is, how? Design and build capability is a must and past retail experience is a bonus, though not essential. “I think 90% of people you asked this question to would say they are looking for innovation, dedication and enthusiasm, right?” he says. “Well, of course we are looking for those things but I would say that what I am really looking for is someone who knows what they are doing.”

His career low point
This was probably back when I was about 30 and very ambitious but just didn’t know which path to take. Whether to continue with construction or set up on my own. I decided to stay and I think it was the right decision. No, it absolutely was.

Retail construction
I think this type of construction is incredibly difficult and very different from most other kinds. It’s so demanding and you have to be flexible, approachable and completely on top of the game in terms of what you can do to service the retailer and the general public. Usually the public is involved because the retailer, understandably, wants to keep trading. So there can be minimal disruption which is not the easiest thing to do in the world.

Parking at Westfield
(on hearing I had lost my car for 40 minutes in the White City car park …)
It’s more common than you would think, people losing their cars, as it is such a huge space. We are already looking at a system for the new centre where, if you can’t remember where your car is, there will be a service near the car park where someone can type in the registration and tell you exactly where it is.