Our man in Riyadh: Buro Happold’s boss moves to Saudi 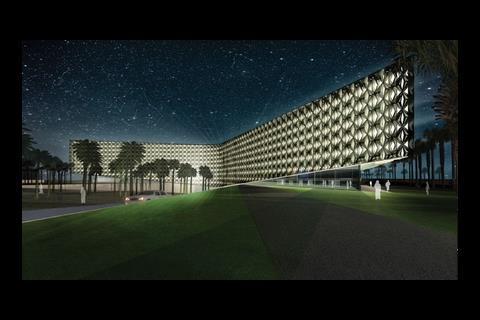 The Arabsat HQ building in Riyadh 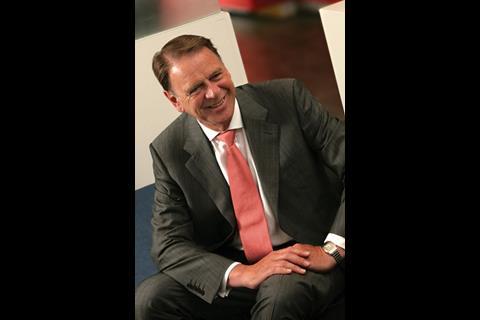 With a stream of UK companies looking for work in Saudi Arabia, Buro Happold decided it had do something to maintain its position as top dog. So it sent its chairman, Rod Macdonald, to go and live there

With a stream of UK companies looking for work in Saudi Arabia, Buro Happold decided it had do something to maintain its position as top dog. So it sent its chairman, Rod Macdonald, to go and live there. Emily Wright spoke to him two weeks after he arrived

Rod Macdonald was not planning to leave his home in London this year. He was perfectly happy with his life in the UK, working, socialising and visiting his three grown-up children. But last month, the chairman of consulting engineer Buro Happold found himself on a plane to Riyadh. And this was not just for a fleeting business trip – the 64 year old had let his London home and was travelling to live there, making him the first chairman of a UK building firm to move indefinitely to Saudi Arabia.

“The board put the plan to me in February,” recalls Macdonald, speaking from his Riyadh office two weeks into the move. “It was something I was 100% prepared to do.” Even so, he is honest about the challenges of such a dramatic and sudden life change – something he has done without his family. “There are tasks one has to do as a chairman to make a success of your business and this was one of them,” he says in his soft Scottish drawl. “It isn’t the easiest place to live, but sometimes in business you have to do what is best for the company.”

It’s unusual to hear such an experienced company figure talking candidly about having to “settle in a bit” and “learn to get used to it all”. In this, his first interview since touching down in Riyadh, Macdonald explains what his strategy is for getting what he wants out of the place and discusses whether he thinks there is room for other company leaders to follow suit.

Buro Happold, a £86m turnover business, is an old-timer in Saudi Arabia – the firm has been working there since the seventies. It works for contractors including Saudi Binladen and is respected enough to have won contracts with the Saudi government. In fact, it is so well established that it is frequently asked to act as lead consultant on smaller schemes, which means appointing the architect. Macdonald, then, is the man to know in the Middle East for smaller firms looking to break into the market.

It was the wave of interest from other companies looking to win work in Saudi as opportunities in the UK and Dubai dwindled that was the trigger for Macdonald’s move. As the recession deepened, the Buro Happold board decided in January that they would need to do something to maintain the firm’s position as top dog in the country. And so the idea of relocating the chairman was born.

“Everyone has had a really good look at their businesses and Buro Happold has not been an exception,” says Macdonald. “We had a major work potential in Saudi Arabia, and we came to the conclusion that to maintain our good position as more firms enter the market, and because so many of our projects and clients were here, then I should be out here too.”

Macdonald’s relocation is a way of building on the group’s advantage of having a long list of well-established Saudi contacts. He can now work personally on increasing the intensity of the relationships between the company and its clients.

The strategy seems to have won the respect of rival companies: “What a smart move,” says Chris Cole, chief executive of engineer WSP. “Rod being out there will show Buro’s commitment to the country, which is what clients really want to see. In a country like that there is a huge difference if someone so senior is living out there. And someone with the gravitas and experience as he has will go down well. They like a bit of grey hair.”

“Living here permanently changes the relationship with clients,” agrees Macdonald. “They feel they can trust me more. I have only been here for two weeks but we’ve had some positive feedback already.”

He adds, though, that as well as the difficulties of adjusting to such a different culture – giving up red wine, for example – the move has seen his working hours go from long and gruelling in the UK to nigh on 24/7. “The Saudi weekend falls over a Thursday and Friday when, obviously, the UK is still very much open for business.” He says. “I want to be contactable as a chairman so the emails and phone calls do come in seven days a week and I will answer them. But everyone needs time to themselves and I always make sure I am getting enough exercise through running and cycling.”

The plan and projects

In terms of Buro Happold’s business plan in Saudi, Macdonald says nothing has changed other than his relocation. Because the firm is already so well established and is working on so many projects, including the Arabsat HQ building in Riyadh with Heneghan Peng Architects (pictured), he will simply push forward with the existing plans and continue to try to win more work.

He adds, though, that this will require a larger workforce: “I can’t front everything that is happening here myself. As we win more work, so we are increasing the size of the organisation out here. We are bringing employees in from other parts of the world to make sure every client is properly looked after. We have new people arriving every day.”

Bringing in more staff suggests new work on the horizon, but Macdonald is cagey on detail. “Every two days there are new projects appearing in this part of the world. We are focused on winning them.”

Although Macdonald may be feeling positive about business in Saudi, his outlook for the construction industry in general over the next few years is far from rosy: “The economy of the UK and many others will be very, very tough over the next 18 months. In economic terms, I doubt we are out of the worst of it.” And with 30% of Buro Happold’s turnover coming from the UK, Macdonald will be spending several days each month back in England.

He says he expects to see a different industry once the economy has stabilised: “This recession has shown that we are actually not a very efficient or well-organised industry. There needed to be a shake-up and I think this is the start of a restructuring that will improve construction.”

He says he hopes the changes will be positive as the strongest firms survive and the best people remain on board, but warns that if firms are not careful it could have the opposite effect: “Over the past few years, this industry has been making steps towards collaborative working. With the current climate piling the pressure back on, there is a tendency to cut corners and start fighting each other again like we were 15 years ago. If we went back to that, it would be very damaging indeed: “Doing the sorts of things we are doing and making sure we are involved in projects all over the world is one way to keep things moving forward, not reverting back.”

It’s a strategy that is clearly working well for Buro Happold, but does he feel there are enough opportunities in countries like Saudi Arabia to see other UK construction firms through the tough times? “We are in a unique position because we have been here for 30 years,” he says. “For this reason I see our opportunities here being particularly strong compared with those who are new and coming in. It can be very hard to build up contacts and now there is more competition than ever.

“That’s not to say there isn’t room here for other companies – there are already a lot out here doing well. But I don’t think many firms will follow suit and relocate a chairman. It’s a particular interpretation of the market that wouldn’t work for most other organisations – not because I am trying to keep them out; I just think it is a unique situation that we have responded to in a unique way.”

Five things I miss most about England

Five things I love about living in Saudi Arabia