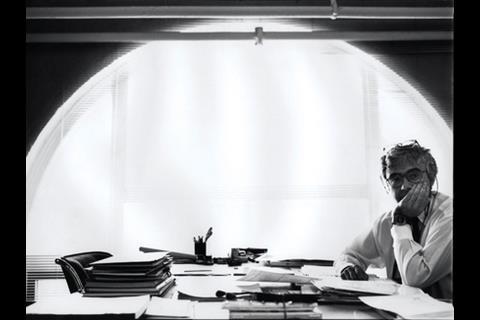 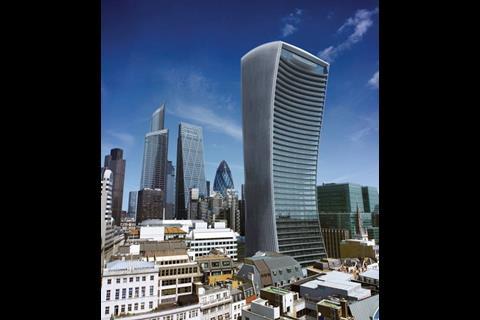 Controversy is an essential part of the job, says Rafael Viñoly of his own profession. And he should know – practically every project he touches is mired in it. So as he prepares to begin work on London’s Battersea Power Station, he’s under no illusions: the knives will be out – and the building will be great.

Rafael Viñoly is nothing if not provocative. In the four years since the US–Uruguayan architect designed his first building in the UK, he has been embraced by British clients with almost as much enthusiasm as he has been castigated by the heritage lobby. In what seemed like a mad dash through the English regions, Viñoly designed the Leicester Performing Arts Centre, then the Colchester Visual Arts Centre, alongside a commission to masterplan a 10.5ha city-centre site for Oxford University. In April, these were joined by British refurbishment’s ultimate prize: the redevelopment of Battersea Power Station.

But then there are the sceptics. These prefer to talk about his 160m tower at 20 Fenchurch Street in the City, better known as the Walkie-Talkie tower. English Heritage, Unesco and others queued up earlier this year to take a pop at the tower’s organic, concave design. No less a figure than former RIBA president George Ferguson described it as a “child’s concept” and an “ugly building”. That’s got to hurt, hasn’t it?

“I don’t think it’s much rougher than what other colleagues have gone through,” he says by telephone from across the Atlantic. “Anything that has the degree of impact that architecture has in general is bound to be controversial. It’s an essential part of the job.”

The tower’s problems began in July 2006 when Cabe said it was too bulky. Last November, Ruth Kelly, the then communities secretary, called the tower in for a public inquiry.

“The problem is there is this extraordinary approach to considering buildings on their own without thinking about what they bring to places economically and architecturally,” he says. “There is something to be said about a theory of planning that is based on a notion of contrast.”

On this level, the Walkie-Talkie’s look seems hardly more contentious than, say, Richard Rogers’ nearby Cheese Grater or Kohn Pedersen Fox’s Helter Skelter. And indeed, the authorities finally appeared to agree – the tower was given the green light in July.

Viñoly is under no illusions as to why his tower has been singled out. “There is a degree of noise around what we do in the UK,” he says. “The press has a very high degree of involvement. The way in which the media shapes public opinion in this country is different to elsewhere. It’s subtle and brutal at the same time.”

Nevertheless, he is proud of the work he is doing in the capital, which includes another tower in Victoria and a residential project in Kensington, and praises the opportunities that London presents.

“The city is enjoying this extraordinary affluence,” he says. “You cannot disregard the importance of this moment. It’s something that won’t be repeated for many years, so we have to use it while we can.”

The relationship between the client and the architect is more progressive here than elsewhere, he says. “It is an increasingly collaborative process. Twenty or 30 years ago nobody questioned what the official client told you was the list of requirements. Now, there are more voices in the decision-making process – it’s a democratic environment. It’s a different approach to the US.”

The project that Viñoly feels best represents this was the competition to design the World Trade Centre, which he lost in 2003. Viñoly’s practice was shortlisted for this most sensitive of redevelopments, but he lost out to Daniel Libeskind, who presented a masterplan with the twisting Freedom Tower as its centrepiece. It will be 1,776 ft tall, a figure that represents the year the American independence was declared.

Although Viñoly says competition losses do not rankle with him – “they always teach you something whether you win or not” – it’s clear that he feels Libeskind’s design, as revamped by Skidmore, Owings and Merrill, fails to do justice to the symbolism of the site. “The site should be a public place, but the public is not represented in the design of the building. If you think that because it is 1,776 ft tall, that this is somehow a public monument, then you’re a jerk. This isn’t architecture.”

The Freedom Tower sums up the way he feels some clients are now approaching projects as collectables rather than living communities. “It should be like buying a new car,” he says. “If you have a car that looks good but doesn’t work, people just won’t buy it. Buildings have to have purpose, they have to be efficient and they have to be beautiful. But too much architecture today is one-dimensional. Clients buy the picture, and that is all. There’s too much money around.”

But Viñoly feels that this explosion of money has had an effect on architects, too. “What is in question is the confusion between the ‘arty’ approach and the full responsibility of what building is. There is a group of people working today who don’t know what that is.”

He won’t spill names – “you’ve made me say too much already,” he says – but he does give some more clues. “Did you ever meet a brain surgeon who has never touched a patient? No. You become a master brain surgeon when you have worked on lots of patients. It’s the same with us.”

The next patient on Viñoly’s operating table is Battersea Power Station. The George Gilbert Scott building has long awaited a sensitive makeover, but surely redeveloping this landmark will present yet more grief with the heritage lobby. “What can I do?,” he sighs. “I don’t go looking for it.”

Even so, Viñoly is sure another fight is on the horizon. “It is very important to come up with something that merits approval but at the same time is developable,” he says. “There will be, as is usually the case, a great deal of controversy over what is the correct balance between the two things.”

No doubt the heritage lobbyists will be rubbing their hands at the prospect, but Viñoly has a message for them. “Anyone who thinks nothing is going to change knows nothing about Darwinism,” he says. “Things will change. So the question is when, and how, they will change. By managing that, you have a chance to contribute to rather than diminish the possibilities of a place. I think that’s really a fantastic opportunity.”

The trials of Rafael Viñoly

November 2004
Proposals for the Leicester Performing Arts Centre are panned by local councillors. One says: “The new design is bleak and depressing. The suicide rate will soar, and I feel like slashing my wrists when I see it”

March 2007
Public inquiry into the Walkie-Talkie. Viñoly flies to London to defend his design

Rafael Viñoly was one of the speakers at last week’s RIBA conference in Paris. To find out who said what, read Dan Stewart’s blog at www.building.co.uk/blogs