The other Copenhagen: the inside track on the summit’s fringe events 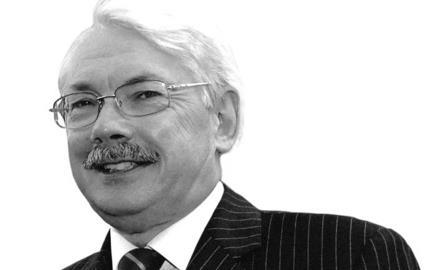 The treaty at next week’s climate change summit will change everything – if it ever gets signed. But it’s the fringe events that could change the way the world builds. Roxane McMeeken gets the inside track from one of the UK’s main representatives

You may be under the impression this month’s UN climate change conference in Copenhagen is all about the signing, or otherwise, of a single treaty. The main issue discussed in the media is whether the 192 assembled states will nail their climate change colours to the mast and forge an agreement to take over from the Kyoto protocol in 2012. And this is understandable, because if an agreement is reached, the implications would be immense: the whole world would know who should be cutting carbon emissions and by how much. If there is no treaty, as predicted by many pundits, the ramifications would be equally huge.

However, there is a lot more to Copenhagen, especially for the building industry. As well as the main debate, the 10-day conference features many fringe events, where the industry’s role in combatting climate change over the coming decades will be thrashed out. One of the few UK construction figures to be speaking at these events is Peter Head, chair of global planning at Arup, and in the build-up to the conference he gave Building an insight into the key points that he will be making. “Copenhagen is not just about the treaty,” Head says. “It’s about setting an agenda on how we are going to move forward with cutting carbon emissions.”

For example, China will set specific emissions targets for each of its cities and regions, regardless of the treaty. “This is a really important change,” Head says. “It will affect anyone working on projects in China and influence the way the construction industry in the rest of the world works.”

And Head should know – he has held a range of high-level sustainability posts, including acting as adviser on China’s Dongtan eco-city. So, what he says at Copenhagen is worth paying attention to.

The first thing that he’ll stress is that the focus of building projects is about to change. Head predicts greater emphasis on building performance. “Project management tends to be about delivering projects as related to the drawings, but in future it will be about ecological solutions,” he says. “Whoever is doing this job will need different skills from today’s project managers. Engineers, both chemical and civil, may have more of those necessary skills than others.” These skills include, for example, auditing the carbon embedded in construction and managing delivery – which also means contracts will contain a large dose of performance targets.

British firms could be in a good position to take advantage of their experience working in the UK, where we have some of the world’s strictest CO2 targets. But Head warns that it would be a mistake to think you could simply use the same techniques and technology. “Water management issues, food supply and energy supply tend to dictate the types of solutions needed in different countries. So for the developing world, just trying to reproduce the ways of working in the developed world is not the answer.” (see below)

Instead, the idea will be to export ways of thinking, says Head. “It won’t be about saying, we’ve been doing this for 230 years and we can show you how. The knowledge we can transfer will be ways of approaching and thinking about a project.”

The type of work on offer will vary widely between countries, adds Head. Retrofitting will be top of the agenda in developed countries. “In London alone, many billions will be spent on retrofitting buildings with renewable energy technology – for example, rainwater collection systems – and reorganising public transport, to encourage and sustain much wider use.” This will create more than 10,000 jobs in the capital between now and 2025, Ernst & Young says.

In contrast, in the developing world, decentralised developments will be the norm, rather than large, centralised energy systems and cities. Head excludes China, where development along more centralised lines is already under way, but for the rest of the developing world, he says energy solutions will be highly localised. “There will be solar panels, wind turbines or ground source heat pumps, depending on local conditions.”

In line with this approach, new cities will be smaller, as food becomes more of a precious resource and one that is not transported over long distances. Head says: “We will probably see a larger number of smaller cities with food production surrounding them, because it’s difficult to get food into big cities.”

This, in turn, will help make the job of land planning more important worldwide: “As we realise we have to become more sustainable in the way we use land, this will become a more important discipline globally.”

So Head believes construction has an absolutely pivotal role to play in what he calls “the new paradigm awaiting us” and whatever steps are set out in the fringe sessions at Copenhagen from 7-18 December will have huge implications for consultants and contractors on the ground. But, and it has to be asked, will that all-important treaty go through? Probably not, says Head …

It’s not just about eco cities …

Most of the world’s population lives in one of three types of environment: cities, suburbs or informal settlements, like slums. Arup has studied these and the findings demonstrate why sustainability solutions are different, depending on local conditions and individual cities. It means, for example, that sustainability solutions for built-up parts of Mumbai would be totally different from its slums.

Applies to: All existing cities, from New York to Hong Kong to Delhi

Making cities greener means, above all, retrofitting existing buildings to improve energy efficiency. For example, 90% of Hong Kong’s emissions are from its buildings. Retrofitting is most effective, Arup says, when it cuts energy used in heating and ventilating buildings. It means a common solution for a city is to change the cladding of buildings so they let in natural light and provide passive ventilation.

Transport is next on the list. It can be improved by making public transport more closely woven into the city’s fabric, like by making sure bus and trams stops are near busy hubs and adding bike lanes.

Suburbs are characterised by low-density housing, with lots of space and shrinking families in homes dotted around it, so making this environment type sustainable is all about improving communications. Top of Arup’s list of priorities is decreasing the use of cars, which means more public transport should be introduced and services like shops must be integrated into places where people live, between houses, for example. People also need excellent internet services so that they can work from home rather than drive long distances to work.

And what would suburbs be without their manicured lawns? Arup says that they must be replaced with fruit and vegetable plots, which are much more sustainable.

Applies to: Indian slums, favelas in Brazil and shanty towns in Africa

Infrastructure is extremely weak in informal settlements, so making them sustainable means addressing this. The focus is not on cutting carbon, as the impoverished inhabitants emit so little of it – they neither travel long distances nor use much water or power. The first step to making these communities sustainable is to introduce land tenure, education and training, Arup’s research has found. These social issues must be addressed first to give people the chance of improving their income and standard of living.

The next step is to introduce infrastructure such as running water, sewerage, pavements and roads.

Peter Head is a civil and structural engineer specialising in bridges. He received an OBE for delivering the Second Severn Crossing as government agent in 1998.

The mayor of London appointed Head as an independent commissioner on the London Sustainable Development Commission in 2002 and he joined Arup in 2004 to lead its planning and integrated urbanism team.

He is project director for the planning and development of the Dongtan demonstration eco-city on Chongming Island in Shanghai and the Wanzhuang eco-city in Langfang near Beijing for client Shanghai Industrial Investment.

In October 2008, Head was appointed innovation champion for the Thames Gateway.

Peter Head will be blogging live from Copenhagen during our Sustainability Now virtual event. To register go to building.co.uk/sustainabilitynow.