What has the RIBA ever done for me? 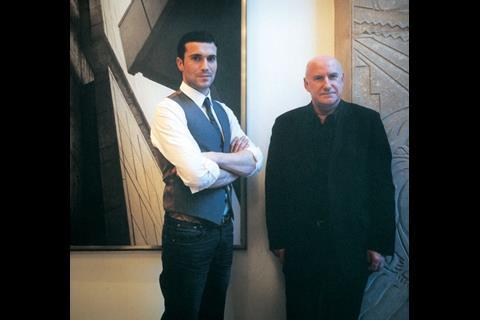 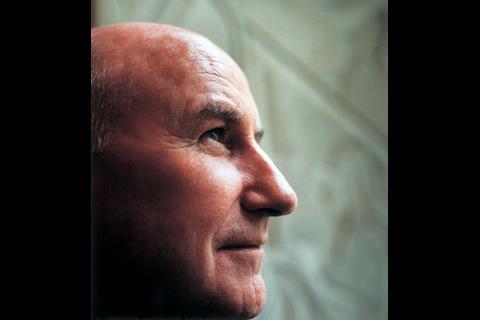 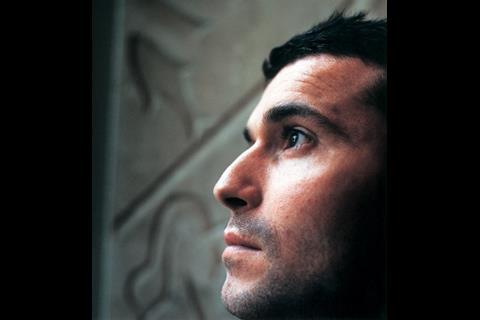 ... asks architect Tarek Merlin, in the latest in our series of head to heads with leaders of the professional institutes. RIBA president Jack Pringle endeavours to provide some answers

The man with the questions

Tarek Merlin is a project architect at SMC Alsop. He graduated from Manchester University with an architecture degree in 1997, then did his Part 2 diploma at the Bartlett School in London. He worked for Foster + Partners for a year, before moving to Alsop in 2001 and completing his Part 3 in 2002. He has never been a member of the RIBA but is about to join – Alsop’s owner SMC Group pays the fee for staff. He is a member of Building’s graduate advisory board.

The man with the answers

Jack Pringle is a partner in Pringle Brandon Architects. He studied at Bristol University and began his career at Powell & Moya before starting his own practice in the early eighties. He became the 71st president of the RIBA in September 2005.

TM Why don’t I want to be a member of the RIBA?

JP Maybe it’s because you don’t know enough about the RIBA or maybe it’s not right for you at this moment. The great thing is that it’s voluntary and, considering that, it’s amazing how many architects in the UK have joined – 7,000 out of 30,000.

TM Right. I think the key is that I don’t know enough about it.

JP Well, our Charter says it’s for the advancement of architecture. It’s not a trade union, it’s not about defending the income or interests of architects.

One of the things I only got to understand after I became president was the size of the brand. We are one of the two big institutions in architecture – the other is the AIA [American Institute of Architects]. And even the Americans would give their eye-teeth for what we have, because they’re not involved in education and they’d like to be. We validate 90 schools of architecture around the world. They don’t have the cultural assets we’ve got either. We’ve got 4 million objects that our members have built up in the past 170 years.

TM So is that the RIBA’s role today: validating education and looking after collections built up by members?

JP It’s not only that. The core function of the RIBA is to do what practices can’t do. Even large practices are quite small businesses with little clout in the government and cultural arena. In a way, if the RIBA didn’t exist, you’d have to invent it and members redirect it in every generation.

I came into the RIBA because I didn’t think it was doing the right things.

TM And have you been able to change things?

JP I think I have. I came to the RIBA as a young guy. I was in my twenties when I first started to complain and I got elected to the council. You realise that there’s not only an open door, there’s a vacuum sucking you in. I had huge arguments with everybody – I got kicked off the education committee because of my objections to shutting down some architecture schools. Then they asked if I’d chair education and we changed policies.

Now we’re going into campaigning mode again. Already, we’ve changed the government’s mind on PFI. The Office of Government Commerce has changed the rules on how you can appoint architects, and a big new hospital [for North Bristol NHS trust, worth £374m] was just launched using “Smart PFI” [under which a design is put in place before a project is advertised]. And we’ve got a better relationship with the government.

I was called before the Public Accounts Committee and argued that the fiasco in St Mary’s hospital in Paddington [a PFI scheme which rose from £300m to £900m in value before collapsing last year] could have been averted if they’d used our proposal.

TM The changes you’re talking about are at a strategic level, to do with the government and big projects. Nobody that I canvassed – colleagues in their late twenties or thirties – knows anything about the RIBA. They don’t see that young architects or practices have anything to gain by being part of it.

JP It’s a pretty familiar conversation. It’s like that Monty Python moment: “What did the Romans ever do for us … apart from uniting Europe, having straight roads, a common currency.”

Then when you go into practice, all the services you get and all the contracts you’ll be using were either written by the RIBA or contributed to on your behalf. The conditions of engagement were written by the RIBA. I’m not a quarter of the way through the list …

The RIBA can’t be continuously cutting edge – there are going to be new, edgier places that start up and shut down. We shouldn’t be the middle-aged vicar on the motorcycle – we have to be who we are.

TM The trouble is that if you don’t pursue the younger generation, we have to wait until we’re the older generation to see what it’s really about. There’s a gap in a young architect’s life when you’ve finished being a student but you’re not quite a director, so you don’t see the strategic benefits.

JP You’re right, we need to address that. The door’s open, we realise we need more young architects. And I’m not saying that from altruism – we need them.

TM So why is RIBA membership so expensive?

JP It’s free for students, it’s about £50 for graduates, it’s £200-ish when you first qualify and when you get to the top level it’s about £300. That’s pretty standard – it’s benchmarked at 1% of salaries. It’s cheaper than the RICS and subscriptions are only 25% of our income. We have sponsorship, we have commercial organisations, profits from the bookshop. You may be paying £300, but you’re getting more like £1,300 of value.

TM But that’s not the perception. Architects have to start with the Architects Registration Board (ARB) to be a registered architect, and that’s already £75. You’re sitting at your desk, January comes around and you’ve got an ARB bill, and you think, “I’m not going to spend another £300 on something they don’t seem to be targeting at me.”

TM The Architecture Foundation has a trendy new bar, and puts on lectures and events and you don’t have to be a member. They’ve just started charging £3 but for the past few years it was free. Why isn’t the RIBA making the same moves?

JP Well, the RIBA lectures are £5, which I don’t think is particularly expensive. The programme is pretty good. Since I’ve been president, I’ve introduced Zaha Hadid, Herzog & de Meuron, Toyo Ito … We’ve had some wonderful evenings.

But you could always do better. I would like to see the programme continue to be edgier and younger. Our entire programme this year is focused on climate change, and I think it’s quite brave of us to go away from putting together another list of “starchitects”.

TM So how do you think the RIBA is going to progress? Do you see yourself changing your brand image in the future? Do you think you need to?

JP Yes, all successful organisations have to change or they become irrelevant. We have a lot to do on communications. Our website is a disaster and if anyone was taking that as the presentation of our brand, it would distress me deeply. We’re about to have a complete website redesign – it’s been delayed because I’ve been bleeding awkward about it. We’ve been through two or three iterations to make it more visually compelling. I think you want to fire up the RIBA website and go “wooah!”

TM It would be good if the RIBA didn’t take itself too seriously and presented itself with a bit of wit.

The perception from outside is that it’s not doing that.

JP But this is a bit like saying “I don’t like tomatoes”, then being asked, “Have you ever tried them?” “No I haven’t, but I know I’m not going to like them …”

JP There’s a lot that’s open to the public to have a look at.

TM But that’s not the perception.

JP You have a point and we are trying to respond. We’re not in that space yet but hopefully the trajectory is right.

I think we do a load of great stuff, and we’ve got a lot to offer people of any age, but we know communicating that is a weakness.

The campaigning thing is very important. We’ve just done a membership survey and satisfaction is up at about 70-80%, but they want to see us in the public arena more, sticking up for architects.

TM The conversation is on a very strategic level again. For young people in established practices who want to start their own, it’s difficult. The RIBA should be playing a networking role in the industry as well as outside. There’s a void – you can go to architecture events but you don’t meet the clients or the councils. The RIBA could be pivotal.

JP I see. We’ve got client forums, and if you’re active in those working groups, you’ll meet some of the best clients around. And the awards evenings are

knee-deep in clients. But we haven’t strategised for that type of networking.

However, we have something else. When you set up on your own, what you find when you’re trying to get your head around a scheme is that you want to talk to other architects, so I found the RIBA a useful place to meet other architects and maybe make other connections. The young architects that I do meet here get a lot out of those contacts.

Building is launching Phase One, a networking club for new professionals. The first event is on 29 March at the Light Bar in Shoreditch, east London. For details, go to www.building.co.uk/phaseone