Had a PFI project company given proper notice of a claim for compensation? Ted Lowery considers a High Court case in Northern Ireland 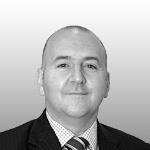 In 2014 Glen Water commenced adjudication claiming that Northern Ireland Water’s failure to prudently operate the pressure steam system within the existing assets was a compensation event but Glen Water’s claims, which were rejected by the adjudicator, did not mention the 20 October 2009 letter.

Glen Water subsequently commenced the present proceedings claiming some £4.4m in compensation for defects in the pressure steam system. The question of whether or not effective notice of a compensation event had been given was addressed as a preliminary issue.

Northern Ireland Water also submitted that in contrast, all other compensation event notifications from Glen Water had been clearly marked as such and had reflected claims raised by Glen Water’s subcontractors.

Did Glen Water’s letter of 20 October 2009 amount to a proper notice for the purposes of clause 32.2?

The judge concluded that the 20 October letter could not be interpreted as a clause 32.2 compensation event notice in relation to the pressure steam system. She found that this meaning was not apparent from the wording of the letter nor from the context where the letter formed part of a chain of correspondence concerning Glen Water’s cooling water system claims and had not been described as compensation event notification nor referenced any pass through claims by subcontractors. While Northern Ireland Water had apparently anticipated and possibly obstructed a claim by ignoring Glen Water’s requests to inspect the existing assets, this was not sufficient to override a failure to give proper notice. The judge also thought it significant that in the 2014 adjudication, Glen Water had not based a claim for the same compensation upon the letter of 20 October 2009 or the meeting on 14 December 2009.

The courts will be prepared to consider a doubtful notice in its factual context but it will probably take an unusual set of background circumstances to make good a defective or ambiguous notice, particularly where, as in this case, there was an effective condition precedent provision. Here, Glen Water’s arguments were undermined by its own failure to attach any significance to the 20 October letter in the preceding adjudication. Thus any contractor seeking to perfect a notice by reference to retrospective context will need to show consistency of approach to the document it relies upon.