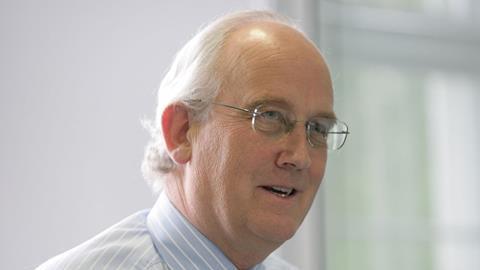 George William Bolsover CBE. It doesn’t look right because everyone calls him Bill.

Bolsover was chief executive at Aggregate Industries for four years until he became non-executive chairman in April and holds a wide range of notable positions, such as Freeman of the City of London and Fellow of the Royal Society for the encouragement of Arts, Manufactures and Commerce.

At the moment, though, his most important role for the industry is his outspoken chairmanship of the Construction Products Association.

Now a little over halfway through his 12-month term, Bolsover has vigorously opposed capital spending cuts that could cause huge unemployment in the construction industry.

In an interview with Building in May, Bolsover said: “I’m banging on the table about the same thing Building is campaigning on with Charter 284: every pound spent in construction generates £2.84 in revenue.”

Bolsover is a 40-year industry veteran who started his career in Australia before joining Tarmac in 1974.