A design code for beauty raises lots of questions

It is positive to see such a focus on design quality, but the guidance is unlikely to resolve the tug of war between planners and developers 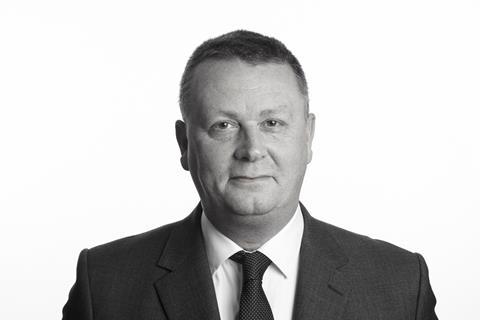 Arguments over what constitutes beauty in architecture have raged since time began. So will the publication of the new national design guide and national model design code, which outline the standards new developments are expected to meet, really “pioneer beauty within the planning system”, as the government claims?

On the face of it, the guidance does not differ much from many of the aspirational documentation that already exists, other than branding it as ‘national’. However, the broad principles behind the new documents are welcome, in particular spelling out – in one place – the 10 characteristics to consider before starting the design process.

The decision to devolve responsibility to councils to create their own unique local design codes centred on community involvement is especially important. As I have argued before, beauty should be something that is defined locally, not the subject of a centralised grand commission. According to the government, this makes it more likely that residents will “have a real say in the design of new developments, embracing the history, culture and heritage of their local area.”

As ever with such codes, however, many questions centre on the detail and interpretation.

First, will committee members – and planning officers – possess the knowledge, experience and training to determine whether a proposal lives up to the standards the guide aspires to? The danger with guides of this nature is that they simply become ‘tick lists’ for applicants to run through to demonstrate how their applications ‘comply’ with the guide, rather than giving real and meaningful thought to the principles set out in it.

Secondly, aside from permitted development routes, such a large set of principles could actually slow things down rather than speed things up, as arguments go back and forth about whether a particular aspect of the guide has been followed, either in spirit or to the letter. The planning process has frequently been a tug of war between developers and planners trying to pull the process back to their respective baselines. The new guidance is unlikely to resolve that issue. One thing that may help is to get a compliant site-specific design brief based on these documents from the local bodies that set out the baselines before land is bought by the developer.

Thirdly, as Alan Jones, the RIBA president, has said, a national design guide will not solve the crisis of quality alone: “The government must break down the monopoly held by a small group of developers who often put upfront cost ahead of longer-term value.” There is a need to open up the market for sure, while encouraging developers to see the value in better design.

One positive is that there are many references to build quality, design quality and lifespan – this has never been spelled out with such clarity previously. But how many of the case studies referenced in the document – mainly examples of modern housing – have been around long enough to really be able to say that they have passed that test? Longer-standing case studies would perhaps provide better examples.

Fourthly, the guide may talk about the design standards that new developments are expected to meet, but most of the case studies are of housing projects. Some of the most celebrated structures of our age include civic buildings or commercial developments.

Any finally, what impact will the post-covid world have on our sense of place and the designs that will ensue? Will the code be flexible enough to reflect the changes we will no doubt see as a result of the pandemic?

The most cynical among us may point out that poor design, while endemic in the housing sector, is not the cause of the shortage of housing supply or the imbalance in housing supply. That is down to a shortage of land, land banking, values, tax and skills crunches.

But it would be churlish not to broadly welcome the intention behind all this. Evaluation of the 20 communities that will pilot the code will, however, be crucial in determining how effective it will be. Maybe the very fact that there is a code for beauty will, conversely, encourage its own sort of conservatism – or maybe it will inspire greater diversity in our architecture.

The government may say these measures mean the word ‘beauty’ will be included in planning rules for the first time since the system was created in 1947 – going back to a previous time when there was a greater emphasis on whether a building was considered attractive to local people. Would it not be great if local communities decide what beauty means to them, an architect interprets that and produces designs that capture that view, and builders then delivered that vision with buildings that last? That does not seem unreasonable, does it?

Mark Leeson is an architect and operations director of McBains