A statement on infrastructure

Will investment on infrastructure in the Autumn Statement live up to government rhetoric? And what financial arrangements will be needed for projects given the green light? 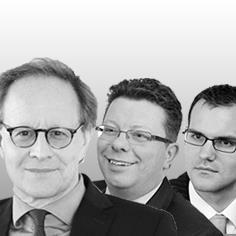 Prime minister Theresa May and her chancellor will be hoping to demonstrate complete dominance over the direction of infrastructure investment and development when the Autumn Statement is read out on 23 November.

So what should we expect the Autumn Statement to say? A few thoughts. Heathrow has finally been announced. Crossrail 2 as a project has been bubbling away, rarely silently, in London planning circles for the past 35 years. Could this be the moment when it receives more than just a notional slug of money from the Treasury, or is it one of those projects which will be regarded as being simply too expensive and another example of infrastructure being too London-centric? Could it be sacrificed in whole or in part in order to provide infrastructure investment and funding in other parts of the UK?

HS2, second phase, is up for review and while the message has become confused about what the project is supposed to be (capacity not speed), the second phase looks to be on the verge of being cut back with the chancellor looking to bring about some short- to medium-term funding on other road and rail projects.

Social infrastructure – schools, hospitals and housing - continues to be at breaking point, and no one has suggested that the Brexit vote will mean population growth in the UK reverses. The housing crisis, particularly in London and the South-east, is now beyond the tipping point and whether it is via community land trusts, private rented sector on a mass scale or government directly funding some housing schemes, the time for change must surely be now. The recent line by the housing minister about the UK needing “to build more homes of every single type and not focus on one single tenure”, tells us clearly what government is going to do now - a huge shift towards supporting the rental sector is on the cards.

Whatever infrastructure projects are given the green light, the next questions will surely relate to what financial arrangements the government will be looking to put in place to meet the initial costs of any proposed projects and what sources of income will be used to repay the financing costs and any operating costs on an ongoing basis. Even with the new government’s recent positive signals towards infrastructure investment, public finances remain tight. Undoubtedly significant contributions towards the financing of any proposed schemes will be raised from the private sector through various mechanisms, such as the business rate supplement, but what, if any, steps will the government take to encourage private finance to help bridge the infrastructure financing gap?

The question of whether private finance will be appropriate for the financing of any infrastructure project will depend on the particular project.

For larger infrastructure projects such as Crossrail 2, a number of factors will be in play. From the government’s perspective, one key consideration will be whether the balance between the likely higher cost of private finance debt will be offset by a consequential transfer of risk from off the public sector balance sheet. From the private finance perspective, time will tell if the banks and numerous alternative lenders, including the insurers, pension and sovereign wealth funds, will have the appetite to invest in these larger projects without them being de-risked by the government. Historically PPP/PFI projects have demonstrated that private finance is unwilling to be left holding the entire risk.

Even if, as has been the case with Crossrail 1, commercial lenders and alternatives do not play a significant part in the direct financing, there are certainly likely to be areas of interest for them, particularly in relation to the increases in real estate values around new or regenerated transport hubs that will result from any fundamental infrastructure improvements. In turn intensive development at, for example, selected areas along the proposed Crossrail 2 route could assist the government to kill two birds with one stone. Not only could this make a significant contribution to increasing new housing, but through the community infrastructure levy and innovative use of other local property taxes directly aimed as capturing value uplifts, the government could help raise funding for these anticipated infrastructure projects.

The time is most unquestionably right for boosting Britain’s international competitiveness through a strong investment in infrastructure. The market is now waiting to see if the new government’s positive rhetoric turns into something more concrete in the Autumn Statement.