A stitch in time

It’s best to serve payment and pay less notices on time, especially in a climate where insolvency is common 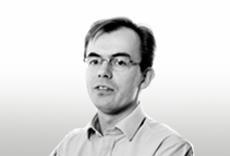 Different kinds of work always seem to come along like London buses - you don’t see anything of a particular type for ages and then all of a sudden you get a spate of that kind of job. One of the issues now arising revolves around payment notices and pay less notices under the new Construction Act regime, particularly in the context of this economic climate. The issues seems particularly prevalent and appears to bite harder when there is an insolvency in the equation.

In brief terms, the problems that a number of commentators highlighted with the new legislation was that in the absence of payment notices and/or pay less notices (according to the exact contractual framework) there becomes an obligation to pay the amount applied for or the amount valued without any deduction or set-off. Ordinarily, a number of paying parties seem to consider that this is a risk they can manage because they can “put things right” in the next payment cycle.

The two obvious difficulties with this approach are where the payment in question is the last or final payment of the cycle or when the party receiving the money goes into administration or liquidation. At that point, the administration or liquidation almost certainly means the performing party will not be carrying out further work and will not be making a further application for payment or become entitled to a further payment.

Some paying parties consider that when the other party is in administration or insolvent, a clause saying that there is no obligation to pay any further monies will save them from the absence of timely notices and the obligation to make further payments. This is optimistic and not always the case. Those terms normally apply to any further money becoming due for payment. If money is already due for payment and outstanding, then arguably that money has to be paid regardless. The exact time of the insolvency itself in the payment cycle can also be crucial.

Avoiding the full consequences of failing to serve notice and of the adjudicator’s decision is more difficult than it once was, and it was never easy to start with

The obvious commercial problem with paying money over to a party that is insolvent is that you are only then likely to recover “pence in the pound” if that payment is later varied or set aside by a judge or an arbitrator. If you overpay because you have to pay what is applied for rather than what on a proper assessment would be the actual value of the works, you have a real problem with making a recovery of anything other than a very small dividend in an administration or liquidation.

Prior to the implementation of the amendments to the Construction Act, a practice had developed of seeking to avoid paying money that was owed to an insolvent receiving party on the basis that an adjudicator’s award would be challenged by litigation or arbitration. This course of action has developed following a line of case law that suggested that as long as the paying party was not directly responsible for the financial failure of the receiving party, then the paying party could justify to the court why it did not want to meet an adjudicator’s award because it was seeking to set aside the award by litigation or arbitration. However, there are potential difficulties in using that approach where the adjudication award has arisen as a result of a failure to pay following a failure to give appropriate payment or pay less notice. In those cases, the difficulty with asking the court to stay the enforcement of the adjudicator’s award pending litigation or arbitration is establishing that prima facie there is any realistic prospect of setting aside the adjudicator’s award. If the adjudicator has made his or her decision purely on the absence of a notice and on the face of things the notice was not served or was out of time or did not meet the statutory requirements, then it may be very difficult to persuade a court to grant a stay on that basis. It may simply conclude that the adjudicator’s award was right in the circumstances and that the money is payable. In that case, the paying party has no choice but to get on and make the payment into the insolvent company and then take its chances on recovering any portion of that sum of money later.

These circumstances serve to illustrate that under the new regime, avoiding the full consequences of failing to serve notices and the full consequences of the adjudicator’s decision is more difficult than it once was, and it was never easy to start with. Parties would be well advised not to rely on trying to make good after the event but to adopt the old adage that “a stitch in time saves nine” and make sure that they get appropriate notices in on time in the first instance. This is more important given that, with the current economic climate, one can never be sure whether a receiving party may end up subject to an administration or liquidation process.