A taste of Madrid

Lord Lamont’s green shoots, oven-ready transport policy and Simon Allford’s recipe for a ‘universal building’ were all on the menu at the BCO conference 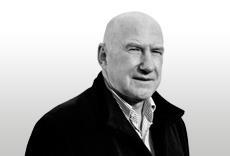 It was brave to go to Madrid, with Spanish unemployment running at 27% and whole new, stunning office complexes standing empty with no prospect of tenants. Understandably, the economy, infrastructure and whether we are coming out of recession were the main themes of the conference programme. And the question that reoccurred was “what will the world of offices look like post-recession?”

The first charge was led by one-time chancellor Lord Lamont with Lord Myners, former chair of Land Securities, and Sir Stuart Hampson, chair of Crown Estate and formerly of John Lewis. Lamont stated that we are in the worst recession since the thirties but should be back to 2% growth by the next election. He supported quantitative easing, which had maintained asset values, and made the case for a return to banking normality. He saw green shoots in the car sales figures, which was brave considering his 1991 green shoots prediction. Myners supported QE and the banks (he has a hedge fund) but thought that the UK must turn to the East to find markets for our expertise. Hampson agreed and added that new more efficient buildings will always be sought by UK industry, for competitive advantage, and landlords should engage more with tenants.

So, the consensus was that the banks would be rehabilitated and recapitalised by the end of 2013, driving us back into growth with an emphasis on trading with the East.

The next plenary brought Lord Adonis (you’ve got to love the name), Dame Helen Alexander (chair of the Port of London Authority as well as Building’s parent company, UBM) and Professor David Begg (adviser on everything that moves south of Edinburgh) to the stage to talk transport infrastructure. The case was well made, on capacity grounds alone, for lacing the country together with high speed trains (HS2), better roads and a London north-south link. Staggeringly, London’s population is predicted to rise to between 8 million and 9 million - that’s like adding another Birmingham to the city with all its attendant houses, schools, hospitals and so on.

The consensus was that the banks would be rehabilitated and recapitalised by the end of 2013, driving us back into growth with an emphasis on trading with the East

Adonis’ revelation was that any big UK decision on transport infrastructure would be so unpopular that it could only be taken at the beginning of a new parliament; otherwise it would be political suicide. So, the reports have to be done in the old parliament and sit, oven ready, undecided upon ready for the next. This is the fate of London’s airport capacity - a third runway at Heathrow, Boris Island, an expansion of Stansted or any other option. All speakers favoured expanding Heathrow due to the number of multinational HQs that surround it.

The final plenary chaired by our industry national treasure, Paul Finch, brought architects Glenn Howells, Rafael de La-Hoz and Simon Allford together to debate “Architects: Celebrity Chefs or Good Cooks?”. A refreshing change, not only in subject and tone, but also to have some local Spanish input from de La-Hoz, who talked about his beautiful work that translates offices into quality architecture more akin to museums and institutional buildings.

Howells gave us a tour some of the world’s great architects and office buildings - the Chrysler and Mies’ Seagram in New York, Carlo Scarpa, the Shard - and speculated about the tension between the necessary utility of a building and its appeal as an icon.

But it was left to Allford to deliver the definitive tour de force talk on the nature of celebrity architects, architecture, icons and the cities we live in, where the buildings are stage sets for the rich diversity of life. For all the world like a Bartlett lecture, Simon drew on diverse imagery from Bacchanalian feasts and Hogarth’s London to posed photos of the architectural elite at the court of Philip Johnson. His final recipe for our delectation was for a “universal building” which could flex between office and residential, echoing “Long Life, Loose Fit”, Alex Gordon’s prescient contribution to the RIBA conference in 1972.

Amid the plenaries were the usual tours and breakout sessions. I chaired one asking, “Can we achieve radical change to improve quality, cost, speed - and profit?” My panelists and audience told me there was no need, they had already done it. Living in denial, methinks! At another session, 3DReid told of the 80,000ft2 grade A office building they have designed for Ray O’Rourke, which is to be built on site in 100 days. Now, that’s more like it.
And the answer to “what will the world of offices look like post-recession?” - better value, more landlord / tenant collaboration, more flexible and more social - all a bit Google.