A year in increments

While 2016 had more than its fair share of instability, in the world of construction law, it was business as usual 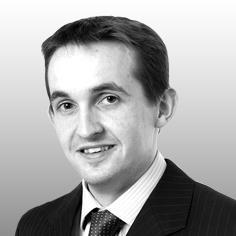 One of the comforts of construction law is its stability. While at the end of most years it feels like a lot has happened, in reality little changes. Usually there are only incremental developments with sprinklings of new regulations, fresh – or refreshed – standard forms and some interesting court judgments. In these respects, 2016 was gloriously predictable.

The same could not be said for the wider world. However, construction law was not – and is unlikely to be – diverted from its constancy.

In particular, it is unlikely to be seriously affected by Brexit - whatever that ultimately means. One area, though, where Brexit might bring change is in the (over)regulation of publicly procured projects; there is now a real opportunity to reduce the time and money wasted on challenges by aggrieved bidders.

Before June’s Brexit vote, public procurement was already in the spotlight, when the blacklisting litigation was settled with the issuing of apologies and large cheques. A number of contracting authorities have said they will blacklist blacklisters from their tenders. They will need to be careful, though, especially with how they treat blacklisters who have, to use the mot juste, “self-cleaned”.

Clean behaviour was also behind the shake-up of insurance law that took effect in August. The Insurance Act 2015 puts a business’ “fair presentation” of the risk that an insurer takes on at the heart of its duty of disclosure. While the act makes it harder for insured parties to lose their cover, it is likely to make relationships with insurers more disputatious while case law develops on what the changes mean.

Insurers will also now find themselves more readily in the firing line, after the Third Parties (Rights against Insurers) Act 2010 finally came into force. The act makes it easier for claimants to bypass insureds, who are insolvent, and pursue their insurers directly.

One of the comforts of construction law is its stability. While at the end of most years it feels like a lot has happened, in reality little changes

Retentions also felt the heat in 2016. The government announced yet another review into their use and abuse. In 1964, the Banwell report recommended their abolition. Fourteen years ago, a House of Commons committee also came out against retentions but, instead of banning them, thought it better for the public sector to set a good example. I will resist the temptation to comment.

Retention provisions remain common in construction contracts, not least in the Joint Contracts Tribunal’s forms - which remain by far the UK’s most popular. The JCT’s 2016 suite of standard forms, among other things, adjusts various payment clauses.

These same clauses had to be updated by the JCT only five years ago so they complied with the amended Construction Act.

It remains unclear whether the cost of repeatedly changing payment provisions and practices is outweighed by any resulting cash flow or other benefits. However, what is clear is that judgments on the amended act’s payment regime are continuing to mount – at a rate far in excess of those under the original act.

Amendments of a different kind were considered by the Court of Appeal in Globe Motors vs TRW. It considered clauses that reject amendments to contracts unless they are, for instance, written and signed by the parties. The court held that such clauses do not of themselves preclude oral amendments. Somewhat ironically, many parties are now busy amending their “no amendment” clauses to rule out oral amendments.

When it came to clauses excluding liability for consequential or indirect losses, in 2016 the courts continued to show themselves to be readier to take such exclusions at face value (Transocean vs Providence and Star Polaris vs HHIC-Phil).

A strict approach was also adopted by the court in Saga Cruises vs Fincantieri, this time on the topic of concurrent (or competing) causes of delay. The court’s approach finds support in the second edition of the Society of Construction Law’s Delay andDisruption Protocol. The draft was issued for consultation earlier in the year and is intended to replace the much-debated 2002 first edition.

Another protocol was the focus of attention in November. The Pre-Action Protocol for Construction and Engineering Disputes received a facelift. It still requires parties to exchange key information and to meet before litigating, but it confirms that courts will impose costs sanctions only for a flagrant disregard of the protocol. Moreover, parties may now contract out of it. Conversely, they can agree to a referee deciding disputes regarding the protocol before any litigation starts. The new protocol reduces the gap between the practices of the Technology and Construction Court and those of the Commercial Court (where pre-action protocols are generally disregarded).

So, in summary, 2016 was a year of incremental changes. One can only hope for a similar year in 2017. From a construction law perspective that is.