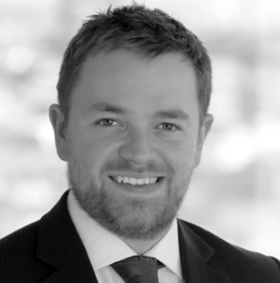 Much abused, too costly, overused. Much ink has been spilled on the perceived shortcomings of the adjudication process, much of it hyperbolic and nearly all anecdotal. Do those loudest voices reflect industry consensus?

Addleshaw Goddard and Dr Ian Trushell of Glasgow Caledonian University set about to find out, embarking on an industry-wide quantitative study of attitudes to and perceptions of the adjudication process. The team asked a cross-section of contractors, consultants, quantity surveyors, developers, and private practice and in-house lawyers in England, Wales and Scotland for their opinions on a range of aspects of adjudication – from whether adjudicators get the right answer, to whether parties abuse the process, and how they view various adjudicator charging models. We then drew out statistically significant results as well as comparisons across jurisdiction, by industry role and by type of participant (adjudicators, experts, parties and party representatives).

The research findings include the following: 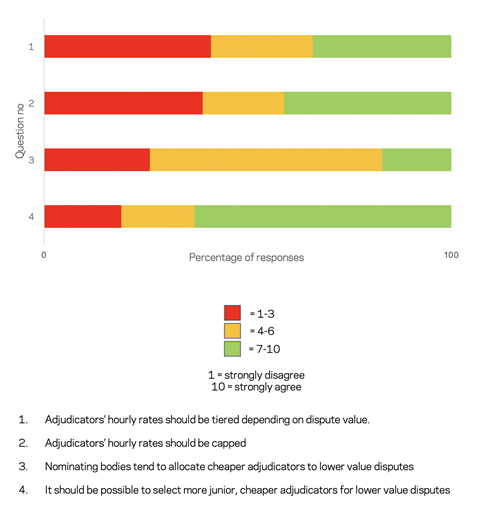 Some of the most interesting findings centre on adjudicator charging models.

The covid-19 pandemic has decimated the cash flow of developers and contractors across the industry, making access to cost-effective resolution of disputes more vital than ever. But the large potential cost of adjudications often makes adjudication disproportionately expensive on smaller disputes, which has a detrimental effect on access to justice.

Senior adjudicators can in practical terms effectively charge what they like – parties rarely choose their adjudicator, and so don’t control adjudicators’ rates or the time they spend. Likewise, more junior (and so typically cheaper) adjudicators find it hard to secure appointment to the main panels (and when they do, to get referrals).

Much greater support was found for the idea of allocating more junior, cheaper adjudicators to lower-value disputes

Our findings suggest participants are reasonably comfortable with adjudicators’ fees in general terms, but when it comes to lower-value disputes there is a clearly felt need to limit these costs.

A number of nominating bodies including the Technology and Construction Solicitors’ Association and the RICS have launched schemes where adjudicators’ overall fees are capped. But our findings show a significant split in opinion on capped or tiered rates, with significant negative sentiment.

Much greater support was found for the idea of allocating more junior, cheaper adjudicators (themselves seasoned construction professionals) to lower-value disputes, in preference to the capped or tiered fee model currently favoured.

Of course, every dispute is unique. Low-value disputes can be as complex (or more so) as higher-value ones. And some adjudications require only declaratory relief and not a monetary award. It follows, then, that every fee model has limitations. Nevertheless, the clear strength of feeling expressed in the study’s findings on adjudicator charging models merit close attention.

Addleshaw Goddard is therefore calling for serious consideration of a nominating procedure that allocates junior adjudicators to lower-value disputes, and is with Dr Trushell embarking on further detailed research on that alternative. If workable, such a scheme would have the twin benefits of increasing access to justice on lower-value cases – without unduly limiting the number of hours an adjudicator is willing to spend in adjudicating or the length or detail of submissions as might an overall cap – as well as increasing access to appointments for junior adjudicators trying to build a practice.

The full findings of the study will be published in an upcoming edition of Construction Law Journal.