It’s not the tools that are stopping us building greener buildings, it’s us 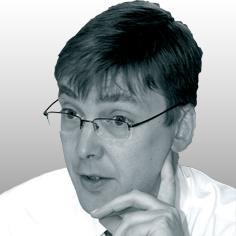 There are some who see BIM as helping to drive green construction practice. I disagree.

What I see (and it may well be a bit paranoid) is that BIM processes at present seem to be held up by the somewhat less than optimal structure of our industry and its contractual relationships.

In our industry according to a recent research paper by the department for Business, Innovation and Skills most construction work is carried out by tier three companies or below and a quarter of the tier two contract values in the studied projects were less than £10,000.

We are still trying to do things better, rather than do better things

How on earth do we get BIM working properly in this fragmented system?

If we think of the current construction industry as a sailing ship, I can imagine BIM as the coming of steam power. However, when steam power was introduced, people bodged sailing ships adding an engine and paddle wheels, making something more complex, more expensive and pretty ugly but which did have advantages of dual power sources.

Eventually, once enough knowledge had been gained on steam engines and the technology had advanced, we were able to dispense with sails and move to pure steam ships with propellers thus simplifying matters and getting real advantages.

So it will be with BIM. At the moment we have to cope with all the archaic structure and contractual relics of our present industry and BIM has to fit in with them. The BIM Task Group is doing great work but we are hobbled by our own refusal to change our industry. It will not be until we can jettison much of this that we will get to the real wins.

However, as with the steam ships, we need to gain the knowledge of our new processes before we can totally abandon the old. We are still trying to do things better, rather than do better things.

The other challenge is one that I faced when selling machinery to China (badly I may add). Several potential clients were wedded to the idea of big, expensive new factories when in fact some minor upgrades and new management systems would have produced the same result. Buying a new factory implied that it was the tools that were at fault, not the users. I suspect that many people in our industry are seeing BIM in the same way, assuming that introducing it will improve things without they themselves having to face up to their own issues.

So, I do not think BIM will drive green construction - yet. It will be the other changes to industry structure, contractual relationships, attitudes and beliefs that will deliver green construction. It just so happens, that in getting BIM to work really well, we will require those changes too.