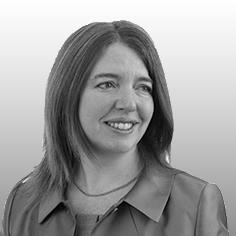 In the case of Mr D Smith vs Carillion (JM) Ltd and Schal International Management Ltd Respondents (JM) Limited, David Smith, engineer by trade, was aggrieved that neither the Employment Tribunal nor the Employment Appeal Tribunal found in his favour.

Despite the fact that he appears to have been a victim of blacklisting by the now infamous The Consulting Association (TCA), it was judged that he has no right of action and is not entitled to compensation. This is because he was not directly employed by the construction companies, but rather was engaged via employment agencies.

Smith had to demonstrate that he was directly employed by John Mowlem and Schal in order to qualify to bring against them claims that he was unfairly dismissed by reason of his trade union or health and safety activities.

Smith had been an active member of UCATT and it was normal for him to take on the role of UCATT shop steward or safety representative at sites he worked on. His skill as an engineer meant that he was often working as part of the main contractor’s management team and would sometimes sign off work on behalf of the main contractor. He cited this and a number of other factors to try to persuade the courts that he had a direct contract with the main contractors and not the employment agencies that paid him.

Smith was employed on sites run by John Mowlem from October 1997 to May 1998 and again in September 2000. He was also employed on a site run by main contractor, Schal. However in each case Smith was hired via employment agencies Chanton and Heffo. Smith had been terminated on all these relevant projects but it was only when TCA was closed down following a raid in 2009 that Smith found out that subscribing main contractor construction companies had contributed to, or relied on records about his trade union/health and safety activities. From this he formed a reasonable view that his employment had been terminated owing to these records and that he had no doubt been rejected for work over a number of years because of what was written in these records.

There have been some successful blacklisting claims since TCA was discovered, so why has Smith been unfortunate in seeking redress through the tribunals?

First, it was a question of timing. Smith was terminated on John Mowlem and Schal projects in the period 1997-2000. The law at that time only protected “employees” from suffering detriment in relation to trade union/health and safety activities. It was not until a change in the law made by the Employment Relations Act 2004 which took effect on 1 October 2004 that it was possible for not just “employees” but also “workers” to enjoy such rights.

Second, the tribunals had to assess Smith against the backdrop of the law prior to 1 October 2004 and, as he was not able to demonstrate a contract of employment between himself and the relevant main contractors, he was not eligible to bring the relevant claims, despite the fact he was a “worker”.

So what lessons are to be learned from this case for employers right now?