George Osborne and Boris Johnson may have gone to China to sell UK retail and nuclear opportunities, but what the People’s Republic really wants is our expertise 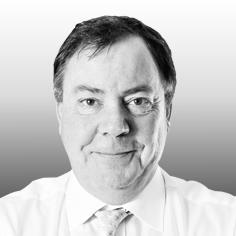 It is not often that I find myself in the same company as George Osborne and Boris Johnson, but I recently found myself sharing travel plans with the Conservative party’s answer to the Chuckle Brothers as we all passed through the arrivals lounge in Beijing airport.

I was journeying to this huge and magnificent country with the aim of visiting Gleeds’ team, which has been operating here since the late eighties. Osborne and Johnson on the other hand were in China because
UK PLC has apparently only just been allowed off the naughty step after some unfortunate flirting with the Dalai Lama last year, which ruffled a few feathers among the senior echelon.

The chancellor was there ostensibly to announce Chinese investment in a large shopping centre in Manchester and to lift visa restrictions for high net worth Chinese tourists, who apparently can’t get enough of our designer handbags and Harry Potter. With more than a trillion dollars sitting in various sovereign wealth funds, these are the kind of guests UK PLC is keen to attract.

Britain is also one of the more popular destinations for Chinese investment. It is in the top 10 nations globally and, I’m told, attracts more than double the investment of any other nation in Europe. Even here though, the amount of money invested by China over the past nine years equates to just 0.7% of the UK’s total GDP in 2012. So there is a lot of work to do.

This is important to all of us working in construction. With China being the world’s second largest economy and the fastest growing in the G20, we need to ensure that we are in pole position to benefit from these huge investors as we move from recession into the recovery phase.

However, from my travels here I am not sure that it is bricks and mortar that they are most keen on buying into. To me, it seems there is a new type of purchase that they are after. The Chinese want our expertise rather than our development opportunities and need our intellectual capital as construction management experts, design supremos and contracting professionals rather than simply to buy into our airports, retail parks or energy installations. In short, they want our brains not our buildings.

It is likely that for every slice of Chinese currency invested, they may well want to see their own staff embedded within our team, shadowing us and learning. We will need to see British construction professionals develop
a skills transfer system that our Chinese partners can use at home if we want their investment. The Chinese have found in the past that, while wanting to work on a global basis, on projects in which they are investing, their own teams do not have the skill set to match their European counterparts.

With over 22% of the Chinese workforce expected to be aged 65 or over by 2050, if it is not careful, China will be a country that has become too old to enjoy its wealth

Despite forecast GDP growth of around 7% this year - a figure that would be the envy of most Western nations -the Chinese see their economy as simply not being as robust as it should be. The global recession has shownthe central economists in Beijing that an over-reliance on the home market can be fatal.

Hence they have not only a desire to develop skills and expertise that they can sell abroad but also the need to develop a whole new workforce of trained and skilled specialists who can design, manage and build economically and efficiently. They will no longer be protected by a central purchasing system where cost was not so much of an issue as volume.

A good example of where this new attitude towards up-skilling may be employed is the overhauling of the Chinese healthcare system. With over 22% of the Chinese workforce expected to be aged 65 or over by 2050, it is argued that, if it is not careful, China will be a country that has become too old to enjoy its wealth.

Apparently, the Chinese government looks at our NHS with a sense of admiration and, having already invested over $208bn as a healthcare stimulus in 2009, its spending is steadily increasing.

The UK is in pole position to help share skills and expertise in building and running a huge healthcare estate but we will need to do it working side by side with Chinese investor clients. Under whatever terms we work, this may be the next big opportunity for us. So, who knows, it could be that in the future I bump into health secretary Jeremy Hunt as well as Boris and George in the arrivals lounge as we all spend more time in China.