Brexit clauses are not the way forward for the economy 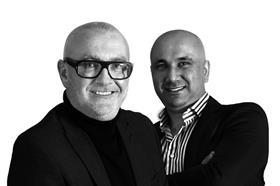 When people hear the word Brexit, they often automatically think “uncertainty”. With the government and opposition dithering, some say the economy could come to a standstill.

At NG, we’re nowhere near as pessimistic – we’re still seeing a very encouraging number of deals being completed across all size ranges and sectors, as a stream of businesses look to move to bigger or better premises.

As legendary businessman J Paul Getty said: “Without the element of uncertainty, the bringing off of even the greatest business triumph would be dull, routine and eminently unsatisfying.”

We don’t think that risk management should be eliminated from the business owner’s handbook, but we were seeing a worrying trend in the commercial property world, of tenants being advised to write “Brexit lease breaks” into their leases. Commercial property tenants or investors have been including “Brexit clauses” in contracts, allowing them to walk away from the deals should Britain leaving the European Union without a deal, which could plunge the domestic economy into recession.

In other cases, buyers have yet to exercise such get-out clauses but are keeping the option open to try to renegotiate the price down, according to some property lawyers and managers.

However, in February, the High Court ruled that the European Medicines Agency, which has relocated to Amsterdam as a result of the UK’s vote to leave the EU, could not use Brexit as a reason to break its multimillion-pound lease in Canary Wharf, London. The result of this test case left landlords breathing a sigh of relief – although permission to appeal has been granted.

Despite this, tenants trying to use Brexit as an excuse to break lease agreements is a worrying development for landlords, who are working hard enough as it is to make their property portfolios as attractive as possible to prospective tenants, investing heavily in refurbishments and “smart office” technology to try to entice a younger workforce who are looking for a “home from home” when they’re choosing which company to work for and in what office.

Any Brexit clause included in tenancy agreements would only be the thin end of the wedge. What next? Would similar clauses be written into contracts if US president Donald Trump imposes huge tariffs when the UK leaves the EU? Would commercial property contracts become, in effect “recession-proof”, and not worth the paper they’re written on for a landlord who has invested heavily in the properties? Or what if a general election result were to go “the wrong way”?

Which takes us back to uncertainty: businesses need certainty that they will have the choice of the very best office or commercial stock. If not, they’ll look elsewhere, or simply stagnate. We’ve seen how, over the last decade, Nottingham has suffered from a lack of inward investment because of a lack of Grade A office space. What we musn’t do is let uncertainty creep into property contracts, with the tenant able to walk away blaming Brexit. After all, what would J Paul Getty have to say about that?