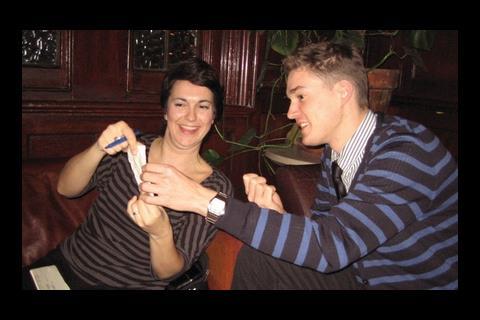 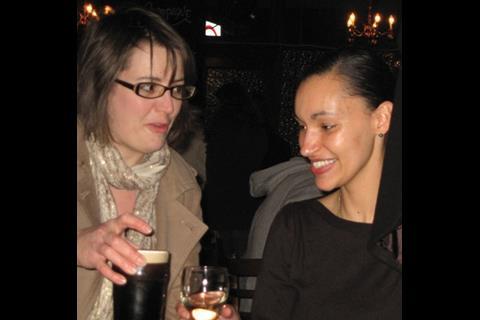 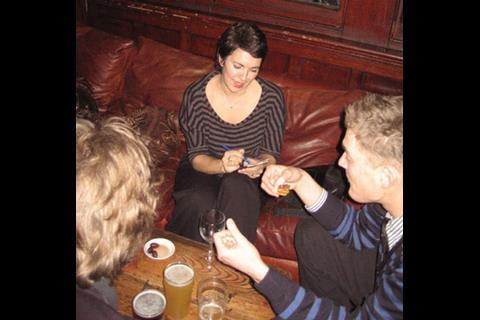 “I read Building in the toilet,” announces Gary Toon as I hand him his pint. I’m not really sure where to go with that. “Er,” I begin in response, but am saved by Cressida, his wife and fellow partner in their architectural practice, Sonnemann Toon

She has a point. “Nope,” I say, and we turn to our remaining (male) companions for confirmation of their gender’s habits.

The Sonnemann Toon crew have arrived early and are ready for their second round by the time I arrive at the Queen’s Head and Artichoke, Regent’s Park.

“Why is that, I wonder,” Cressida muses, still pondering the bathroom tendencies of the stereotypical male.

“I prefer the bath if I’m honest,” Jonathan, the new boy at the firm, announces. “Actually, I pretty much did all of the reading for my thesis in the bath.”

Do you read on the toilet?

Chris and Gary splutter into their pints. “What’s so wrong?” Jonathan demands looking affronted. “It was a bit tricky at first, having to position the laptop on a stool next to the bath, but I’ve got it down to a fine art.”

“I watch movies in the bath now,” he continues proudly. Gary looks incredulously at his recruit. “How many toilets do you have in your flat?”

“Just the one,” Jonathan sheepishly admits. “My flatmates don’t really enjoy it when I have a bath. It is an art though,” he insists. “A film is about an hour and a half long, you’ve got to keep the water hot for all that time. It has to be scalding at the start.”

Cressida giggles and rolls her eyes. “Right, so you might come out with third degree burns but at least you’ve watched your movie.”

Gary shakes his head in disbelief and mutters something about the thermo-dynamics of a bath.

A film is about an hour and a half long. You’ve got to keep the water hot for all that time

Talk of baths leads to swimming and, bizarrely, to airports, as Gary tells us about a swimming pool he heard about in Singapore’s aerodrome. “It was free for everyone to use. Imagine how nice it must be in between flights.”

“Yeah, except then you have to come in and land at Heathrow,” Chris laughs, triggering discussions to turn to T5 and how it’s faring, following its initial debacle with baggage.

Jonathan, however, is still pondering the benefits of pools in airports. “Just imagine one at Heathrow,” he muses.

“Yeah, it would be great,” Gary chimes in. “You could get off the plane, have a good swim and nice long shower, change, have a coffee, and if you’re lucky your bags might have reached the carousel.”

The table erupts into giggles and I head up to the bar for the next round, as remaining partner Kerstin Sonnemann and the rest of the practice’s team file into the pub.