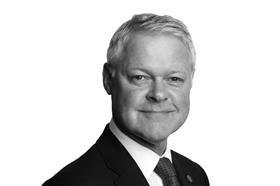 It’s an accepted truth that there’s a housing crisis in Britain and that, in order to solve it, more homes need to be built. Even our politicians are united about this, although party lines are naturally drawn when it comes to how to fund construction and the types of sites to be used.

While I don’t have all the answers when it comes to building on brownfield or greenfield sites, which can understandably be an emotive debate, as someone who has worked within challenger banks for many years I do have some thoughts on how these projects can be financed.

And finance is certainly a crucial part of the equation. Though the government has set aside £3bn for the nation’s Home Building Fund in an attempt to boost stock levels, which is a welcome step, the industry knows this isn’t enough to turbocharge construction.

The notion that inward investment could be used to help boost residential construction hasn’t been properly developed. It’s something that needs to change urgently

In order to keep up with demand, it’s almost certainly time for developers to consider less traditional ways of funding their projects. Liquidity is king in this business, so the more available cash developers can access, the easier it is for them to build homes.

One option that I have experience in, and an area the government is very keen to see more of, is inward investment. That is, foreign money being spent on UK soil. Within commercial property this is already happening at scale, of course.

We know that foreign investors are very active within UK commercial property. This level of investment has its critics but without it it’s possible iconic buildings like the Shard and Gherkin would never have been built.

However, the notion that inward investment could be used to help boost residential construction hasn’t been properly developed. It’s something that needs to change urgently and I, for one, think it could be a major step forward in solving the housing crisis.

Traditionally, UK foreign direct investment (FDI) credits, the official term for inward investment, have come from key partners like the US, India and certain parts of the Asia Pacific region, hitting a record £220.5bn in 2016, despite Brexit.

But the latest figures show that FDI from other parts of the world is rising, too. The Department for International Trade has reported an increase in projects being funded from Africa, Australasia and, most notably, the Middle East.

The key question is whether inward investment from these parts of the world can materially help address our housing shortage. I believe it can, and through the growth sector that is build to rent. It’s something Gatehouse Bank, a Shariah-compliant bank, is actively doing already.

We’re a UK bank but one of our main investors is the gulf country of Kuwait, which has one of the largest sovereign wealth funds in the world.

Essentially, ethical, high quality developments with a focus on suitability for young families are sourced. A number of units are then purchased for cash, off-plan. This helps the developer with liquidity and certainty of exit and, once the project is complete, provides a rental income.

Kuwait in itself, of course, won’t be able to provide sufficient funds to solve our housing crisis. But if a country in the Gulf can have a major impact on entire UK communities, imagine the potential if other countries around the world funded our Private Rented Sector, too?