The government appears to be attempting to reduce the burden on employers. Here are five changes to employment law that are worth keeping an eye on 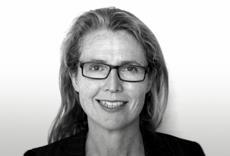 In the 21 September issue of Building we noted that changes to employment law were being considered by the government. Some new proposals, accompanied by consultations, have now been announced. With a number of these changes the government appears to be attempting to reduce the burden on employers. Here are five key points for businesses to note:

The statutory cap on compensatory damages for unfair dismissal (currently £72,300) has risen far in excess of the rate of inflation, although the average award made is less than 10% of the cap. The government is concerned that the inflated level of the cap has led to unrealistic perceptions about the amount of compensation that will be awarded, potentially fettering early settlement of disputes. A consultation has been launched on limiting damages to 12 months’ pay and reducing the overall cap.

The cap does not apply to claims such as discrimination or whistleblowing. The number of these types of more complicated claims could increase as claimants seek to find ways of maximising their potential damages, increasing costs for employers overall.

The same consultation also covers proposals to simplify the process for employers to reach a settlement with employees. These include allowing employers to make settlement offers without the fear of an unfair dismissal claim following as a result.

At present, to achieve this protection an offer has to be made on a “without prejudice” basis and satisfy certain legal tests, including that there is already a dispute between the parties. Case law in recent years has narrowed the scope of this protection and the government is seeking to ensure that certain settlement offers will still be protected, and so cannot be referred to in proceedings, even where they would not satisfy the without prejudice test. However, as with the existing without prejudice rules, no protection will be offered where the employer has discriminated against the employee or exercised undue influence.

In March this year the government launched a call for evidence on dismissal procedures and its suggestion of compensated “no-fault” dismissals, whereby micro-businesses could dismiss an employee without having to give a reason, provided they paid a specified amount in compensation. As a result, the employee would not be able to pursue a claim for unfair dismissal.

But the government has decided not to proceed with compensated no-fault dismissals as it was not clear that they would be of benefit. The government has, however, asked ACAS to consider whether additional guidance could be provided in relation to procedures for managing poor performance.

A second consultation has also been launched on the revised Employment Tribunal Rules. These rules introduce changes with a view to simplifying the process, including powers to strike out weak cases at an early stage. Alternative dispute resolution methods are also encouraged and guidance will be issued to better prepare parties for the tribunal process.

These proposals are generally helpful for employers and sit alongside the proposals to introduce fees for bringing employment tribunal claims, which are likely to have the effect of reducing the number of claims brought.

In November last year the government issued a call for evidence on the effectiveness of the Transfer of Undertakings (Protection of Employment) Regulations 2006 (“TUPE”). The results have now been published and the government has committed to a period of “policy design” in which it will consider revisions such as whether service provision changes should trigger a TUPE transfer. The response is, however, careful to note that, as TUPE implements an EU directive, the extent to which changes can be made is limited. At this stage it is not clear whether there will be any changes that will assist businesses in the long run.