CHP vs heat pumps: Which system will win out in the long term? 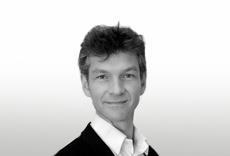 Are the days of installing gas-fired combined heat and power (CHP) plants on new developments to meet our low carbon goals coming to an end?

Increasingly I see large commercial landlords express a preference for heat pumps over CHP. Gas-fired-CHP had been deemed a good way to cut CO2 emissions nationally as electricity could be generated locally, avoiding distribution losses while getting the benefit of the heat. The London Plan even pushed CHP.

So why heat pumps? Space heating and cooling can be done at low temperatures and the near-constant ground temperature at depth means it is more efficient. If designed and installed correctly, the heat pumps should be more fuel-efficient than natural gas for heating.

The problem is heat pumps consume grid electricity which has a high CO2 penalty when compared to gas-fired CHP, which generates electricity. The government is committed to decarbonising the grid, however, and the CO2 which is abated by CHP will become less. If DECC’s projections are correct, and if CO2 emissions are reduced as a country, the end of gas-fired CHP could be in the next two decades.

The gas-fired CHP systems currently installed should pay for themselves financially but they rely on high operating and distribution temperatures inside and outside buildings. It begs the question: would you invest in a system which will be redundant in the next 20 years?

Richard Wheal is a consultant at Arup