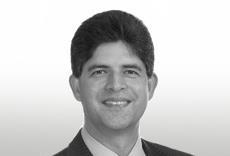 Back in 2009, a storm of controversy arose when the Information Commissioner’s Office (ICO) became aware of the widespread use and abuse of an illegal database within the construction industry. The database contained information about 3,213 construction workers, providing details relating to, among other things, their union membership.

This database, drawn up by an organisation called the Consulting Association and run by a man called Ian Kerr, was being used by more than 40 construction companies for the purposes of “blacklisting” certain individuals in relation to employment opportunities.

At the time, existing laws appeared inadequate to properly prevent and punish this sort of behaviour. As a result, the government brought forward legislation in the form of the Employment Relations Act 1999 (Blacklists) Regulations 2010, which came into force on 2 March 2010. The central purpose of the regulations was to make it unlawful to compile, use, sell or supply “blacklists”. They also sought to prevent workers from being subjected to detriment or dismissal for a reason connected with blacklists.

Despite attempts by the government to convince people that the regulations would address the perceived problems in this area, many were sceptical. Alongside criticisms of the failure to make the compilation and use of blacklists a specific criminal offence, the perceived deficiencies in the regulations included the fact that:

Against this backdrop, it is unsuprising that the overall impact of the regulations has been questionable since their introduction.
One high-profile example of the limitations of the regulations arose out of a recent employment tribunal case brought by an engineer called Dave Smith. During the course of the proceedings, the respondent, Carillion, admitted that the claimant had been blacklisted. But the company avoided any liability, because the regulations do not offer agency workers the same protection as directly employed staff.

We could well see the number of blacklIstIng cases rIse dramatIcally

Smith’s claim was unsuccessful. But the case has had the effect of shedding considerable additional light on blacklisting practices. In turn, it has paved the way for a class action that is now being brought against Sir Robert McAlpine. These new proceedings have been issued in the High Court on behalf of 86 construction workers whose details were allegedly included in blacklists. Assuming that the lawyers pursuing this case have learned the lessons of the unsuccessful claims that have gone before, there is the prospect that these proceedings will enjoy an increased chance of success. But the claimants still face considerable obstacles in (i) proving that blacklists were used to make specific decisions in relation to specific people and (ii) showing that those people have suffered financial losses as a result.

Whatever the outcome, it is clear that this claim is likely to attract considerable press attention, not least because of speculation about the claims being collectively worth around £17m. Coupled with demands from politicians for a public enquiry and from Liberty (the civil liberties organisation) for the ICO to re-open its investigations into the use of blacklists, this issue is likely to attract attention for some time to come.
With fresh attention being paid to this issue, we could well see the number of blacklisting claims rise dramatically, both against Sir Robert McAlpine and other companies in the industry. In these circumstances, both employers and employees need to consider their position. It goes without saying that: